Lies and deception from Wharton to the White House 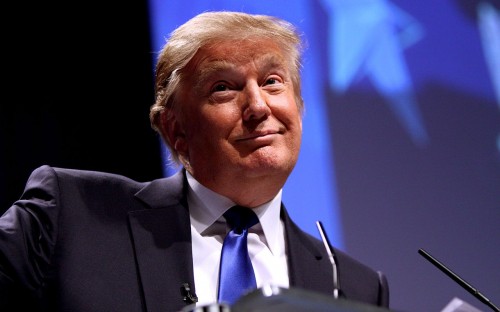 "I went to the Wharton School of Business. I'm, like, a really smart person.”

Since his proclamation of intellectual capacity at a supporters rally in Phoenix, Arizona last year, Donald Trump has taken the US political scene by storm. With a headline-grabbing campaign, the toupee-topped business tycoon has outstripped all expectation and secured pole position in the race for the Republican Party’s presidential nomination.

Yet Donald’s campaign is much like the man himself: a big orange balloon, loud and dazzling on the outside, yet hollow, airy and destined to wither or burst. Playing out on our TV screens every day is the culmination of a life’s work in the art of deception.

It all started at Wharton.

In 1968, Donald graduated with a BS in Economics from the University of Pennsylvania’s prestigious business school. He was not an MBA but he likes to talk about it anyway. And who wouldn’t? The Ivy League school is consistently ranked among the world’s best; its alumni a stellar collection of CEOs, political figures and presidents.

Yet reports suggest that Donald was largely unknown amongst his peers. There’s no trademark Trump grin in the university yearbook.

In fact, Donald was only at Wharton for two of his undergraduate years after transferring from New York’s Fordham University. His transfer made possible by, what biographer Gwenda Blair calls, a “friendly” admissions officer; a college friend of his older brother Freddy.

According to Fortune magazine, Wharton’s records show no mention of Donald graduating with honors of any kind. And he refuses to release his grades.

Donald went on to build a vast real estate empire regardless: Forbes estimates his net worth at over $4 billion. Yet Donald is not a self-made man: he inherited his father’s fortune. His own business career is marked as much by failure as it is success.

Only a bailout involving some 70 banks saved the entire Trump Organization from bankruptcy in 1990.

His own business ideas – gung-ho forays into football, a luxury airline, a magazine and a vodka brand – have all failed spectacularly. His hotel and casino empire has suffered four bankruptcies. Trump University faces a $40 million lawsuit for defrauding its students.

Like his university, Donald’s public image is something of a sham. His rhetoric is not matched by reality. Beneath the bravado, there’s little of substance. In some respects, he’s the perfect politician.

Already, he’s sat the top of the Republican Party climbing frame, pulling the strings of his playground politics and arguing with party rivals over the size of his hands.

Unbelievably, sectors of the American public are lapping it up. They love his tough-speaking, anti-establishment stance. When he tells his supporters to “knock the hell” out of protestors, they cheer.

Instead, he pursues the twisted pipedreams of a 1930s fascist dictator: to ban Muslims from entering the US and to build a wall to keep Mexican immigrants out.

Donald remains remarkably staunch in his defense of his two most outrageous aims. Yet already he’s bowing to public pressure on others; backtracking on his claim that women who’ve had abortions should be punished.

To Donald, none of this matters. His disruptive, anti-establishment image is everything. The bigoted outbursts, the lies, the scandal; it’s all part of the show.

The Wharton grad who's fooling America admits as much in his 1987 book, The Art of the Deal. “Hyperbole…exaggeration,” he says, “[is] a very effective form of promotion.”