James Osterloh spent five years with the British Army, touring Iraq and Afghanistan. He used an MBA to transition into the corporate world

James used an MBA to switch from the military into business

Fresh out of undergraduate degrees in Law from Stellenbosch University, South African James was selected in 2004 to join the British Army’s Royal Military Academy Sandhurst, UK, for an Officers’ Commissioning Course.

After 44 weeks of rigorous leadership training he joined the Army’s expert technology and communications team.

It was a career that took him to Spain and Germany, before a deployment in Afghanistan as a platoon commander. James’ final tour was 18 months later, in Basra, Iraq.

After seeing and experiencing everything he'd set out to in the military, James wished to transition back into civilian life. In 2010, he found a position as a senior manager with the Standard Bank Group in Africa.

The role was exactly what he was looking for, but he still felt that he was missing something to fully complete the changeover. He decided an MBA at China Europe International Business School (CEIBS) was the next logical step—but why China?

When James joined Standard Bank in 2010 it was the biggest bank in Africa.

In 2007 the world’s largest bank, the Industrial and Commercial Bank of China (ICBC), bought a 20% stake in Standard Bank Group, making it the bank’s largest shareholder and setting a record for a foreign direct investment by China at the time.  Overall investment from China into Africa between 2005 and 2019 rose steadily to $490.39 billion.

The growing link between China and Africa meant that pursuing an MBA in China seemed a strong option to James, an impression strengthened by his experience on a trip to China in 2008, which opened his eyes to a new way of thinking.

“You don’t know unless you experience it,” he says. “It disrupted my conventional outlook. Unless you’ve seen a different world like that you can’t fix it into your assumptions and way of thinking.”

How does an MBA impact your career?

James thinks that the stature of an MBA signals a level of intent to progress in the corporate environment. He adds that his MBA also gave him the grounding in core business subjects like strategy, statistics, marketing, and economics that he needed to consolidate his role at Standard Bank.

“I was working in finance, but I felt I didn’t sufficiently understand a lot of the concepts and the global terminology—the roles banks play in the economy, and how governments manage money,” he says, speaking at the CEIBS 1+1 lecture in London, hosted in partnership with the China-Britain Business Council (CBBC).

The CBBC helps British and Chinese businesses and organizations work together in China, the UK, and third markets around the world. Many of their members attended the CEIBS event in London.

After graduating in 2013, James moved back to the bank, transitioning from retail banking to corporate investment banking, “where the China and Africa interplay happens,” he explains.

“The MBA helped me land the job, and when I was in the job, I dealt a lot with Chinese clients.

“It allowed me to stand out. I was one of the few people who could speak any Chinese and had a perception of how Chinese culture works.”

He says that in the MBA classroom at CEIBS your cultural learning emanates from your Chinese peers.

All group work on the MBA is purposely designed so you’re partnered with a diverse cohort of students.

“Through that experience you learn by failures and successes how to work in a cross-culture environment,” James explains.

“Business is done in China on a relationship basis—one of the big lessons you’ll take out of it.”

Moving from the military to an MBA

James believes military professionals bring a lot to the MBA classroom. He’s been exposed to raw leadership development since an early age, leading teams of up to 60 soldiers at the age of 26.

“The military environment brings out a lot of skills in leadership, strategy, communication, and planning,” he explains.

“An MBA is very useful to anyone, including military people, who want a career transition, want to shift position.”

You get to step out of what you’re doing, he adds, and upskill yourself, network, and guide yourself towards your new vocation.

And it is a huge benefit when working with clients moving into China, or vice versa.

“CEIBS has an outstanding reputation in Asia, so the moment Chinese friends or clients see you’ve done a CEIBS MBA, it’s a great connection point.”

James, having most recently setup Standard Bank’s newest bank in the Ivory Coast, is now looking to put his MBA knowledge into the world of finance in the UK—more specifically, the digital transformation in the industry.

“I’m most interested in global banks with operations in developing markets or fintech,” he explains. “Particularly the digital challenger banks. I’d love to combine my experience of growing and setting up banks in emerging markets with the London fintech scene.” 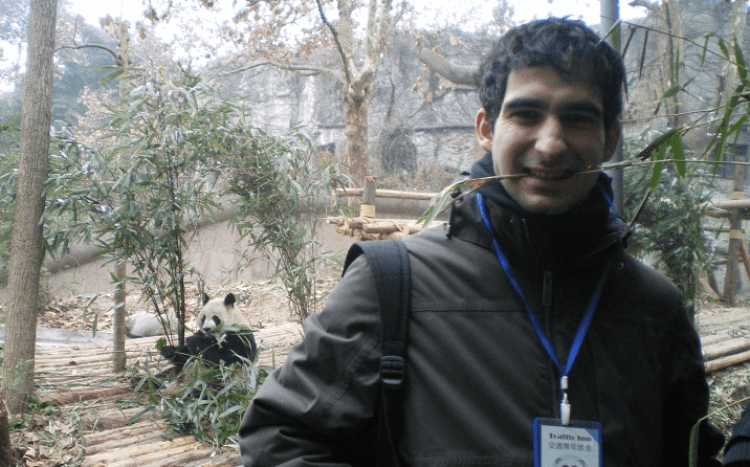