Entrepreneurship is difficult at the best of times. From ensuring you have enough funding to get your startup off the ground, to building the right team and coping with the strain of working flat out to succeed, launching a business is no easy feat.

But that didn't stop Tingting Miao and Daniel Bernal Bachiller, two EDHEC Global MBA graduates who became business partners after their degree. They became serial entrepreneurs after launching two ecommerce startups in the midst of a global pandemic.

They've also hired their first employee, opened an office, and are looking for funding to scale their businesses.

Colombia-native Daniel has a father and brother who run a business importing food products from China to Colombia. Witnessing his family’s business venture inspired Daniel to embark on his own entrepreneurial journey, though he felt his previous experience in finance and data analysis left some key skills missing.

The EDHEC Global MBA was a good option, he felt, offering a 10-month accelerated program, with a core period covering business fundamentals like strategy, finance, and supply chain and logistics. It gave Daniel a holistic view of business.

It was also highly ranked, the Global MBA is ranked third worldwide and first in Europe for opening up new career opportunities by the Economist Which MBA.

For Tingting, the MBA was a chance to try something new after seven years working as a dispatcher for China Railway Shanghai Group. She’d spent her entire career in China and  leaving for France was a chance to experience a new culture, meet new people, and practise a new language.

“I decided to get out of my comfort zone, so that’s why I quit my job and went to France to do an MBA,” she says.

EDHEC students benefit from studying in Nice, a city steeped in history. It's also a hub of art and culture, located along the French riviera. The school is also ranked in the top 15 business schools in Europe, and offers a range of specializations, including an entrepreneurship track.

“With how good the business school was, the location, and the program itself; everything made sense for me so I decided to go to EDHEC,” says Daniel.

Both Tingting and Daniel enrolled in the EDHEC Global MBA’s entrepreneurship specialization track, where they were grouped with like-minded budding entrepreneurs for a month.

There they developed their own business plans and pitched them to a panel of experts. Being grouped with other similarly focused people created the perfect environment to develop entrepreneurial skills, thinks Tingting.

“The track is very well organized, it changed me from being a person without any knowledge, to someone with a good idea of how to become an entrepreneur,” she explains.

During the trip to Silicon Valley, students visit some of the world’s largest companies like Facebook and Google, as well some of the lesser-known emerging startups in the area. They also get a chance to speak with venture capitalists and entrepreneurs and watch pitches in action, along with receiving tailored pitching coaching sessions.

“The trip was amazing, very few other people in MBA programs have that chance,” says Daniel.

“It was inspiring to see people just like us, who had studied MBAs in other countries, and to hear their success stories and also learn from their mistakes.”

It was after graduating from the Global MBA that Tingting and Daniel decided to go into business together. Having honed their entrepreneurial expertise, they decided to launch two ecommerce startups. Flora Colombia—which ships flowers from Colombia to China—and Nimfa de Colombia SAS—which imports assorted goods from China to Colombia.

The pair leaned on lessons they learned during the course in launching their ecommerce startups.

After experimenting with some small scale ventures, they decided to use contacts made during the MBA to establish a supply chain from China to Colombia, importing a range of goods including health equipment and industrial goods, which they sell via an ecommerce website.

Establishing a supply chain from China to Colombia also gave them the opportunity to ship products back the other way. They began with flowers—something for which Colombia is renowned and China has a gap in the market—and plan to expand into other areas like coffee and avocados in future.

“What we are doing is just adapting to local needs, we do market research to see what products to import,” says Daniel. “Using the same supply chain both ways is literally textbook logistics.”

More important than the contacts and knowledge they used is the entrepreneurial mindset Tingting and Daniel developed during the MBA.

“The attitude is something that totally differentiates us from other people doing business in Colombia, we are more willing to take controlled risks and experiment than other people,” says Daniel.

“What the MBA was really good at, was showing how to organize yourself mentally to develop a startup and make it happen.” 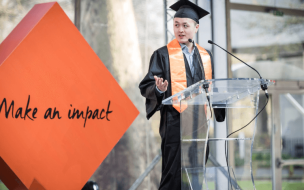 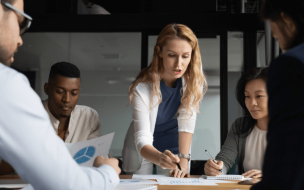 Why Agility Is Essential To Lead In The Modern Workplace