Technology is radically altering employment and the influence of big data is changing the key skills required in today’s job market, according to one of the authors of a global employment report compiled by INSEAD, a leading international business school.

INSEAD has released its annual Global Talent Competitiveness Index, which measures a nation’s competitiveness based on the quality of talent it can produce, attract and retain.

Bruno Lanvin, executive director of global indices at INSEAD and co-author of the index, highlighted the changing definition of “employable skills”. “Technology is radically altering the employment picture,” he said.

“[The] big data phenomenon is changing a number of key skills required in today’s labour markets,” he added. “‘Knowledge workers’ are being significantly affected by the changes that technology is setting in motion.”

Bruno said that this shift is being seen beyond advanced economies and in emerging markets such as India, Morocco, Tunisia and Egypt.

Business schools in particular are rapidly incorporating big data and analytics techniques into their curriculums. Educators are also developing a focus on A/B testing and computer science in business.

The GTCI report says that technology is impacting 250 million “knowledge workers” globally – people who use information to guide decisions, such as business strategists and executives.

It adds that education systems need to reconsider traditional learning. The report says that talent development must go beyond “traditional” education and develop vocational skills.

Ilian Mihov, dean of INSEAD, said that talent has become the core currency of competitiveness for businesses and economies – but there is a “mismatch between education systems” and the jobs market.

“Businesses and governments need new kinds of leaders and entrepreneurs, equipped with the skills that will help their firms and countries to thrive in the global knowledge economy,” he added.

Other studies have painted a similar picture, and critics have suggested that business education in particular is too long on theory and too short on practical experience.

Paul Evans, professor of human resources at INSEAD, said that there is a renewed importance of vocational education. “For future talent competitiveness, countries have to take vocational education – that is, employability – much more seriously,” he said.

Recruiters increasingly say that they seek more technical skills in MBA candidates, and that training in the use of analytics will help them to stand out in a crowd.

Patrick De Maeseneire, CEO of Adecco Group, the Swiss human resources consulting firm, said that there is a “striking” talent mismatch in the US and Europe.

The GTCI report placed Switzerland at number one, followed by Singapore and Luxembourg in second and third places respectively.

The US came fourth, with the UK in seventh place behind both Canada and Sweden.

In response to recruiter demands, top business schools in these countries are developing a focus on technical skills, innovation and entrepreneurship.

Many are also rolling out master’s programs in business analytics, as companies in many industries reap the benefits of big data.

NYU: Stern has also invested in an MS in Business Analytics course, along with Arizona’s W.P Carey School of Business.

Georgetown’s McDonough Business School is also developing a course in big data, according to a person inside the institution.

A spokesperson would not confirm the development of a new program, but said the business school has taught big data courses to executives in the past.

MIT Sloan is also reported to be launching a similar program. The school did not respond to a request for comment. 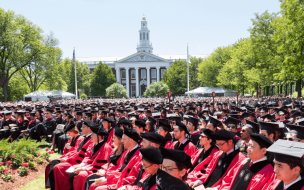 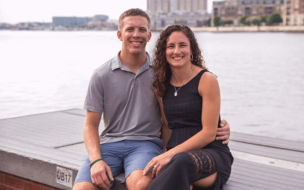