Ryan Chan was born in America but grew up in Hong Kong. He returned to Asia for business school because of the growing MBA jobs market in the region

The growing attraction of MBA graduates to companies in Asia is testament to a region that over the past few decades has exploded into a metropolis for new technology and business opportunity. The Graduate Management Admission Council’s (GMAC) 2019 Business School Hiring Report says 87% of companies in the Asia Pacific planned to hire MBAs last year. That was the highest share of any world region.

Opportunity growth is luring Asians back home, as students who studied abroad in the West see the chance to return to the region and tap into the explosion of business there too good to turn down. It’s also a chance to seamlessly assimilate into a familiar culture, with a familiar language, and to bring international experience to a burgeoning growth hub.

That meant when the time came for Ryan Chan to go to business school, returning to Asia and an MBA at the Hong Kong University of Science and Technology Business School (HKUST) was a no brainer.

Ryan was born in Los Angeles, grew up in Hong Kong, and then returned to the US and New York for college and the first portion of his career. Before he returned to Asia for business school, he launched a career in marketing and advertising, something he was attracted to because of the creativity and out of the box thinking involved in storytelling.

He joined marketing and advertising agency, BBDO, right out of college, as an account executive in New York—his first client was Bank of America.

Ryan moved two years later to another agency, 360i, where he worked with UNIQLO, Canon, Chevron, and HBO, among others. He was lured back to BBDO after a year in that job and became their global account supervisor—the final role he held prior to the MBA.

The lure of MBA job opportunities in Asia

Ryan says he soon realized marketing was just one cog within the whole machine. “I felt I was getting a bit pigeonholed,” he explains. “If you really want to make  impactful business change, you have to understand the full value chain of the business, so I felt that an MBA could help me accomplish that.”

After close to 10 years in New York, Ryan says he wanted to go home to tap into the rising opportunities Asia had to offer. He felt the opportunities were there and was excited by the pace of growth in the region.

When he was growing up in Hong Kong, he remembers a visit to Mainland China in Shenzhen during the late 1990s. He says it was an industrial town, there wasn’t a lot of infrastructure, and the roads were dusty.

When he returned in 2019 he saw a digitized metropolis home to companies like Huawei, Tencent, and ZTE. The growth in the past two decades has exploded.

“Now when I look at it there is a huge diversity of opportunities, more startups and different industries trying to make their way into China. It’s a huge growing market,” he says.

“The money is flowing here, and it is driving huge developments. Digital companies like JD.com, Alibaba, or Tencent are making a lot of these great technological advances, even more so in comparison to some of the tech companies in the USA.”

It was a place that was impacting how we live in the world, filled with businesses impacting the way people live their lives. Ryan asserts he wanted to find his own opportunity within that ecosystem and learn how to help push it forward.

The MBA skills that helped me move my career on

Alongside core business modules in IT management, strategic management, and operations, students can opt for specializations that immerse them in the world of digital business. That includes data analysis, programming in Python or R, and artificial intelligence.

Ryan says that he learned to think more strategically on the MBA. He considered consulting for a while as a potential career path, and says he learned a lot from professor Chris Doran—a former McKinsey consultant—about how to analyse and present data. “I think that was one of the greatest learnings,” he adds.

“Coming from advertising I thought I was a pretty good presenter and speaker, and then HKUST had these courses that really  elevated our skills in giving greater pitches and presentation.

Landing an MBA job with Nissan

In the summer of 2018, Ryan landed an MBA internship with INFINITI, the luxury brand of Nissan—the firm has provided MBA internships for HKUST students in the past. He worked on a project to develop and optimize the company’s customer journey.

Ryan felt that after his internship experience Nissan’s Alliance Rotational Development Program would offer a strong career path after the MBA. He first came across the program during a career trek to Japan as part of the Japan Club at HKUST, where they visited companies like Nissan.

The five-year program is global and offers candidates three-to-four rotations. Each cross-functional rotation ranges from 12-to-18 months—there is also the potential for MBAs to move between Renault, Nissan, and Mitsubishi.

After passing the interview process, Ryan is currently in his first rotation, in Tokyo, working on future retail strategy, applying the strategic mindset and communication skills he sharpened during the MBA.

The diversity on the MBA—96% of 2019’s MBA intake had non-local nationality—also exposed Ryan to multiple perspectives, which he’s also using to solve problems post-MBA.

“On top of just having people from all over the place, you had people coming from a wide range of backgrounds at HKUST that I don’t think is comparable. From backgrounds in engineering, supply chain, manufacturing, all the way to consulting.

“It was really great for me to pick everyone’s brain—what I really loved was diversifying my perspective because of it.” 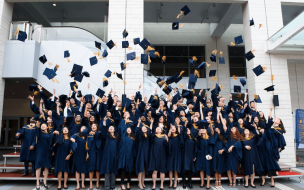 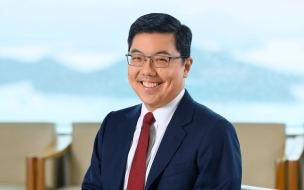 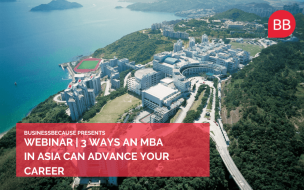 Webinar | 3 Ways An MBA In Asia Can Advance Your Career