Lacking in confidence and unsure in which direction to take her career, the person Jenny Huang was before the HEC Paris MBA is a far cry from who she is today.

With no tech experience before she arrived on campus, the 2017 grad is now reveling in an MBA job with Microsoft. She’s the customer success manager for Workplace Analytics for Microsoft, in Seattle.

Jenny is tasked with enabling Microsoft’s enterprise customers to leverage Workplace Analytics to better understand their employees’ work patterns and behaviors, to be more productive, and achieve better business results.

So, how did someone with no experience in tech end up working for one of the biggest technology companies in the world?

Start with the HEC Paris MBA

Jenny always had a plan to go abroad and pursue an advanced degree. After multiple conversations with friends she landed on an MBA: the helicopter view of business provided by the degree would open multiple career paths.

When researching the MBA rankings, Jenny adds that the school consistently came out on top for return on investment. HEC Paris broke into the top 10 of the Financial Times’ Global MBA Ranking this year—graduates earn on average $164,529 three years after graduation, an increase of 133% on their pre-business school salaries.

Then there was the curriculum, which played an important role in Jenny’s personal development.

Before she joined the program, Jenny admits that she was lacking confidence. That changed when she got to business school.

“Coming from Asia we are raised with the mindset to always be humble. The MBA really helped me with my self-awareness and confidence levels,” Jenny says.

Two leadership modules pushed her out of her comfort zone and readied her to overcome the challenges she would meet at Microsoft.

First, the program’s Off-campus Leadership Seminar led by experts from the French military placed Jenny and her classmates into an environment where they learn to lead a group in situations they’ve never encountered before.

“We work together as a group to solve problems and overcome challenges in real situations. This really provided us an opportunity to practice what we’d learned in the classroom, as well as accelerate the bonding of our cohort,” Jenny says.

The MBA Tournament (MBAT)—or annual MBA ‘Olympics’—was another key stage in her personal development. The three-day event brought together more than 15 schools and 1,500 students. Jenny was part of the core organizing team—as the HR vice president she oversaw the event’s massive student workforce.

“I learned a lot about leadership, coordination, and conflict resolution through the MBAT, and this is definitely one of the highlights of my MBA.”

Constantly working together with peers in the classroom also broadened Jenny’s business acumen. She worked with professionals from HR, accounting, finance, tech, and marketing; she developed an understanding of the ins and outs of every business function.

Best MBA Jobs: Uber Hired Me After My MBA At HEC Paris

From Bain To McKinsey: How HEC Paris Is Preparing MBAs For Careers In Consulting

It was during the MBA that Jenny first discovered Microsoft’s MBA leadership development program—the Microsoft Academy for College Hires (MACH) Aspire Experience—and her interest was piqued.

She found an opening on the internal HEC Paris jobs board and applied. Though she was initially turned down, Jenny sought out the recruiter when Microsoft came to campus for one of the HEC Paris MBA’s careers fairs.

She believes her persistence and the in-person meeting helped her the second time round. Once she made it through the initial interview and progressed further into the application, the HEC Paris MBA network played a key role.

She was applying for a position in Taiwan, and so reached out to alumni in the same region to get a better understanding of the cultural specificities inherent there.

“The HEC Paris alumni advised me on how to position myself, the good things about working in tech, the bad things, and I felt they were all willing to help and share their experience.”

Jenny was successful and joined the company as an account executive in 2017. Though the sales role wasn’t her dream role, it was an opening and allowed Jenny to develop her internal understanding of Microsoft.

Since joining she’s discovered that her passion lies in helping customers get the most out of Microsoft’s products. This led to her taking a customer success manager role in Taiwan, and when the opportunity came to move into the same role in Workplace Analytics, in Seattle, she jumped at the chance.

How to launch a career in tech

“Keep an open mindset and don’t draw a boundary around yourself.” That’s her key piece of advice for prospective MBA students. If she had approached her career thinking she would be held back by her lack of experience in tech, her MBA job at Microsoft wouldn’t have materialized. In actuality, the HEC Paris MBA prepares students for an array of careers.

When working with a team as diverse as hers in the US, Jenny draws upon the lessons she learned during the MBA about working with people from other cultures. You learn to switch your mindset, she says, when you’re working with more detail-oriented colleagues, or colleagues who are more relaxed.

“You have to be very adaptive and aware of how to change your working behavior and style when you’re working with different types of people.

“The MBA was definitely an inflection point,” Jenny adds. “HEC Paris helped me to reshape myself and understand myself better and gave me the confidence to really face the new challenges I faced when I joined Microsoft.” 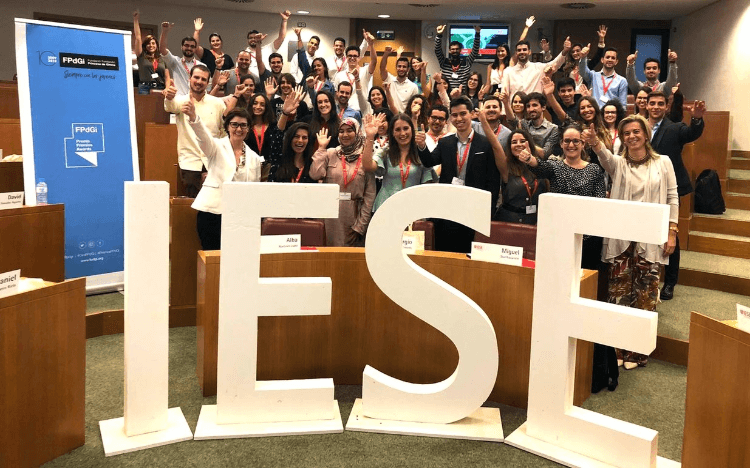