When Marilú Páez enrolled in her MBA program, she was looking to be intellectually challenged, bolster her global leadership skills, and make a career pivot.

When Marilú started her MBA, she was a project manager working for British American Tobacco. She accelerated her career during her degree, landing back-to-back promotions and two management jobs before, five years after her MBA, she became a general manager for Mexico at software development company Intuit, a Fortune 500 firm.

How did the MBA offered by EGADE Business School help prepare her for a senior management career?

Why the MBA at EGADE School of Business?

It was the international scope of the MBA program that convinced Marilú to apply.

“Travelling around the world to different campuses, meeting people and representatives from all around the world, with different cultures, religions, and nationalities, really struck me and taught me to understand their perspective,” Marilú explains.

During her MBA, Marilú decided spent four weeks in Brazil, China, Miami in the US, and Rotterdam in the Netherlands, to get a greater sense of how strategies for business management and leadership differ between cultures.

“Each of the five different universities [I studied at] has different majors and specialties. You get a sense of the different specialties each campus is teaching through the people you were meeting,” Marilú says.

At EGADE, she studied an Ethics and Business Environment course where she analyzed specific regional negotiation cases regarding Mexico, while in her time in Brazil at FGV São Paulo she studied a Making Decisions in the Absence of Clear Facts course teaching the skills of efficient decision-making in the absence of transparency.

The MBA also placed Marilú in an environment where she could learn from an experienced cohort of professional peers. She was 27 with six years of work experience when she enrolled, while the average age of students in the program is 35 with 11 years of experience on average.

“The senior people that I was meeting and networking with helped me realize the purpose I wanted from my career,” she states.

Building Leadership Skills During My MBA

While studying for her MBA, Marilú progressed at British American Tobacco—from a cycle planning manager to a convenience and on-premise manager, and then a marketing planning manager.

The MBA curriculum helped her hone her leadership skills. During the degree, students took modules in Global Marketing Management, Corporate Finance in a Global Environment, and Leading and Managing Global Organizations.

It was the latter that would become particularly useful when she pivoted her career post-graduation—a move she says came about after a moment of clarity towards the end of the degree.

She realized after being immersed in the world of global business, and through networking with an experienced set of professional peers, that she wanted to pursue a career with purpose, working for companies that makes people’s lives better, she says.

MBA To General Manager At Intuit

After completing her MBA in 2015, Marilú focused on startups and SMEs, becoming head of SME business at Mexican regional bank Banregio and then country head at SME loans firm Afluenta, before joining Intuit in 2020.

Marilú still uses the skills she learned from her MBA in her job today. What she learned about negotiation from her Multicultural Management & Strategic Negotiation class, she says, has become even more important as she’s climbed the corporate ladder.

Intuit’s mission is to power prosperity around the world, creating financial software for entrepreneurs and small businesses.

Working for Intuit, and thanks to her experience during her MBA, Marilú says she’s now found a company whose values align with her own.

*Marilú studied the OneMBA which will be offered as an Executive Education Consortium program from September 2022. 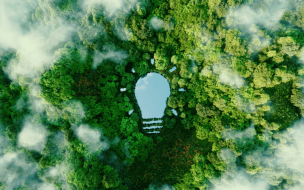 What Is Conscious Capitalism & Why Is It Important For MBAs? 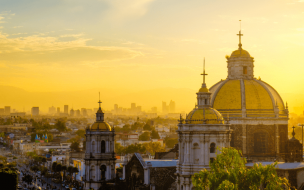 The 3 Best Reasons To Study In Latin America 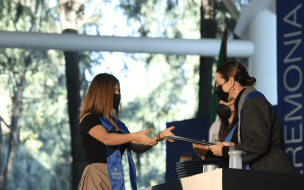