Phil Way went to the University Of Bath School Of Management and learnt what “he didn’t know he didn’t know”; he talks about how his cohort taught him that there are many different ways to approach a problem.

Phil Way has a background in Engineering having studied Mechanical Engineering at the University of Birmingham and did an industrial placement at Smiths Aerospace. Whilst at Birmingham University Phil was in the University’s Officer Training Corps and on graduating in 2003 Phil joined the regular army for a couple of years.

Phil “only wanted it as an early life experience” and after two years he became a Senior Consultant at Sound Research Laboratories, an acoustic consultancy firm for architects and construction companies. The company were based in Suffolk in the U.K. but had jobs all over Britain and internationally.

The acoustic consultancy industry is small and Phil rose up quickly, he says he found his niche and had many opportunities to manage a team. The challenge of managing a team was most clear when he was given the job of setting up a regional office in Bristol.

After a year of managing the Bristol office Phil wanted the next challenge “and did not know where I wanted my career to take me. I thought I would take a year out to take stock and widen my experience of business.”

The Managing Director at Sound Research Laboratories had done an MBA at Cranfield and told Phil how invaluable his MBA had been and how he still relied on the experience. “The penny dropped that this was exactly what I needed.”

For Phil the MBA would be demonstrative to employers that he was employable, it would give his career direction and make the transition into new industries.

Phil “got out the rankings charts and listened to the advice from people I knew who had done an MBA, what they thought were the important things about doing an MBA.” Phil believed the content of the MBA was less important than how well-known the business school was. So he looked at Bath, Cranfield and Warwick, “I was living in Warminster so Bath was convenient as I could still live at home.”

The first impressions of Bath School of Management was that it was “incredibly professional, impressive and such a well-organised set-up. On the very first day we didn’t know anyone else on the course and we turned up outside the lecture hall and the course administrator Judith, the most organised person in the world, knew all our names. This really set the pace of the year.”

Phil was amazed by the diversity of the people on the course, “by the first coffee break I had introduced myself to someone from all five continents and from a number of industries and job roles. I could see I would learn as much from the cohorts as the content.”

Most people go to business school looking to polish up a certain set of skills, be it quants or marketing etc. But for Phil “there was stuff I didn’t know I didn’t know. I was increasing my awareness of the different facets of business. Without really realising it I had been doing HR, marketing and operations without realising those discrete entities were. The MBA made me understand each facet of business better.”

For his MBA project Phil worked on a live consultancy project with the NHS and the local hospital. “We were looking at outpatient analysis. This project ran in the background for about four months, it was great to have done a taught module on operations and then put it into practice, it was great to realise how you learn to manage their client.”

As this is published Phil had recently handed in his dissertation and was taking his “long suffering wife” to Cuba for two weeks. She is in the army and with Phil studying it has been hard to always see enough of each other, “it has been hard to find a balance on where to invest our time.”

After his holiday Phil is going to apply for management consultancy jobs, he has had some interviews but is prepared for a long process. He and his wife have moved nearer London to be near the best jobs available.

As we wrap up the interview Phil wants to add that he cannot emphasise what a fantastic cohort he had; “they were the best thing I have got out of this course. There is a lot of group work at Bath but that is where you learn the most. Something that my MD said when I started my MBA is that you will learn more from the other people on the course. He was right, there were 70 people on the course all with five or six years of work experience and all came with a Western, Middle Eastern, African, East Asian or American perspective on business. It taught me that there are so many different ways of approaching a problem.” 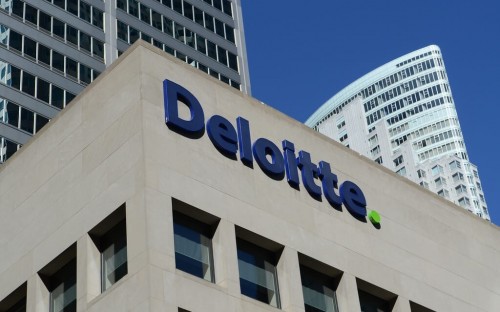