Deciding between the GMAT vs GRE for your MBA application? Business school admissions staff reveal which test they prefer

GMAT vs GRE: INSEAD accepts both the GMAT and the GRE ©INSEAD-Facebook

For the majority of MBA admissions, the GMAT remains the most respected standardized admission test; the correlation between GMAT scores and academic performance an accepted truth.

But how important is the GMAT in an MBA application as a whole? And what about the GRE? The simple answer: it depends on the school.

Business schools generally take a holistic approach to admissions, and most now accept both the GMAT and the GRE. But some, like INSEAD and Carnegie Mellon’s Tepper School of Business, prefer the quant-heavy GMAT.

BusinessBecause spoke to admissions directors at top b-schools around the world to find out what they really think about the GMAT and the GRE.

The GMAT exam is designed specifically by business schools for business school applicants. Over the years, we have been able to get a good understanding of the test results and how they can help us predict the academic capacity of our applicants.

After a number of validity studies conducted over the last few years, we now accept the GRE for all applicants too.

The GMAT is a good indicator of academic performance, especially on the quantitative side. But the average from different regions does vary, so we’re open-minded.

There’ll be people coming in on a 600 who might end up on the dean’s list. A good GMAT alone does not get you in, nor does a below average GMAT preclude you from joining. We look at the GRE with the equivalent standards.

We require either the GMAT or GRE as part of the application process to our full-time MBA program. We do not have a preference about which test an applicant chooses to take and submit. GRE and GMAT just give you one piece of the picture about a given candidate. We certainly want to make sure an applicant is going to succeed in our rigorous academic environment which is part of what a test score can assess.

[However], no test score will be what defines your overall success in an MBA program or success over the longevity of your career or life, so my best advice is to adequately prepare for whatever test you choose to take, do your best to create the right frame of mind for yourself before and during the exam, try your best, and then move on to focus on other aspects of the application where you can also shine.

Minimum GMAT/GRE: 600/75% for the quantitative and verbal section of the GRE.

We accept the GRE, but we prefer the GMAT. It’s a more standardized test and a better way of comparing similar applicants. And if you’re over our average GMAT that does put you in a significantly stronger position, especially when we’re awarding scholarships.

We’ve only been accepting the GRE for the past three years, probably only 5% of our applicants take it and it’s really only US candidates who take it.

Within the academic profile, the GMAT or GRE is assessed along with GPA (grade point average). Equally important to our process is that we screen for “fit” with NYU Stern; applicants who bring high emotional intelligence and have a passion for the school.

Test scores are important in giving us an idea of a candidate’s ability to be tested, to be able to cope with modules like accounting and economics. And, obviously having the GMAT or GRE, you know everybody has been tested to a certain standard.

But we wouldn’t make a decision on a candidate based solely on their GMAT or GRE score, so if you don’t do so well don’t let it put you off applying entirely. I would always encourage candidates to come and have a conversation with us around their profile as a whole if they have any concerns.

The GMAT is still the standard. We accept the GRE, but there’s not a huge number of students who take it.

We’re looking for people with well-rounded personalities who fit into the environment. We could choose a student with a minimum GMAT score over someone with a 700 for example; it happens every year.

We prefer the GMAT because it was created specifically to evaluate business-school candidates. However, we will accept the GRE, and those applicants are evaluated in the same way.

When evaluating applications, the graduate exam is just one of several important factors. The GMAT simply provides an additional data point that offers insight into the student's ability to be successful academically in the program.

A word from the man behind the GMAT

Vineet Chhabra leads the global team at the Graduate Management Admission Council (GMAC) that oversees the planning and delivery of the GMAT. 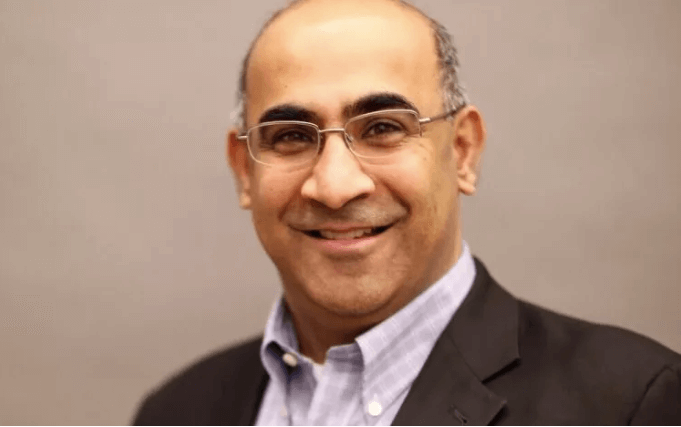 What's the difference between GRE and GMAT?

The GMAT is  designed to assess skills that are most relevant for business school. It’s a test of applied reasoning. It’s not just about knowing stuff; it’s about what you do with your knowledge and how you can apply it. It's closer to what businesspeople do on a daily basis.

In my opinion, the GRE is a graduate test designed to assess skills across a range of graduate programs, not just for business schools.

Which is easier GMAT or GRE?

What’s difficult to one person is often contextualized by their own experiences, background, and skills. The GMAT and the GRE were designed for different things, so that can sometimes feed a perception of relative ease or difficulty.

There are myths that you should do the GMAT in a certain way. Trying to crack the code or beat the test is not an ideal approach. It’s an adaptive test which adapts to your style and level of ability, so the best way to showcase your true ability is to prepare and do your best.

There is no specific difference between GRE and GMAT for us; we use both, and we are happy using both. The outcomes of the students that we admitted with the GRE are great. The only thing we see is that the GRE is mostly taken by candidates from the US.

Candidates can submit either the GMAT or the GRE, as it’s important to us that students submit the test that most accurately reflects their strengths.

The score is not assigned a specific weight in comparison to other parts of the application, but the most successful candidates will showcase a well-rounded application that includes strong quantitative, critical thinking, and language skills as evidenced by not only the GMAT or GRE but also by essays, recommendation letters, and the interview.

No minimum GMAT. Average GMAT: 636. UWA do not accept the GRE.

We view the GMAT as an important indicator of how successful applicants will be in an intensive study environment. When assessing applicants, we look equally at their interview score, demonstrating leadership potential and interpersonal skills, and their GMAT score, demonstrating aptitude and academic ability.

We think the GMAT is really important, but we’re not obsessed with how high the score is because our students come from so many different backgrounds. Some people might have difficulty with more numerical problems, but working under pressure, thinking creatively, problem solving—all of those skills are really important.

Personally, I think the GMAT is a bit like an insurance—it is the only way of assessing that everyone can cope and do well with the academic side of the program. If you work in a team, you want to make sure the people that you’re sitting with won’t struggle but, at the same time, ensure you’re not the one who’s left behind.

Both scores are acceptable as part of an application and it is important to highlight that, contrarily to some European schools, we do not accept applications without one of these. In theory, we are indifferent which score you submit. However, because roughly 90% of our applicants submit a GMAT score, the GMAT provides more of a comparison point versus the rest of the applicant pool. This means that, for the purpose of scholarship decisions, one could probably say that the GMAT is more impactful.

Our GMAT average has been relatively flat over the past years. At times, there will be candidates who we admit knowing that their GMAT does not reflect their abilities. Such candidates can enrich the class at the price of bringing the GMAT average of the school down.

We use GMAT/GRE scores to help us to recruit students from a diverse range of backgrounds. The tests are a good indicator of someone's potential to thrive in an intense learning environment regardless of what country they grew up in or what school they went to.

The GMAT has been the industry standard in business schools for many years. The GRE test is becoming more widely accepted in this sector and continues to gain traction with business schools.

This article was originally published in August 2016 and updated October 2020.

It is a good post, thanks for sharing this post, it is helpful. It is informative. We are an assignment writing service provider. Visit us for more details of our guidance- https://www.academicassignments.com/assignment-writing-service/

Serriously lots of terrific information! do my reaction paper for me how to write a 10-page paper https://best-custom-writings.com/reaction-paper

Seriously lots of terrific information! do my reaction paper for me how to write a 10-page paper https://best-custom-writings.com/research-proposal-writing-service

With thanks! I like it! Best Essay writing buy essay paper https://buyessayprices.com

Excellent pieces. Keep writing such kind of info on our site. Im really impressed by your site. Hllo there, You have performed a fantastic job. I wijll definitely digg it and in my opinion suggest to my friends. I am confident they'll be benefited from this website. https://essayservicesall.com write essays write essays https://essayservicesall.com

I suppose your article lucks of more profound research. The statistics on GMAT vs GRE scores are not supported by real data. I think the author can check this website https://ca.edubirdie.com/statistics-help where the professionals can make the needed calculations to make the research more accurate.

I suppose your article lucks of more profound research. The statistics on GMAT vs GRE scores are not supported by real data. I think the author can check this website https://ca.edubirdie.com/statistics-help where the professionals can make the needed calculations to make the research more accurate.