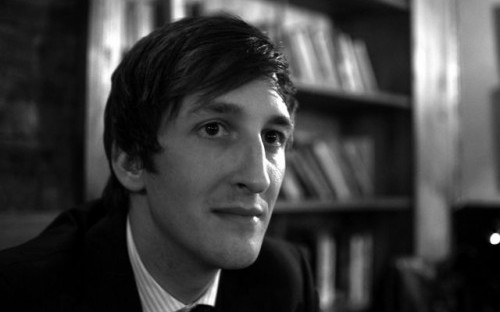 Ever heard the saying two heads are better than one? Marcel Kohler applied this concept to the world of business schools when he enrolled for a second MBA in 2010, at Spain's world-leading  IE Business School.

Swiss-born Marcel had considered careers in architecture and medicine and worked as a flight attendant before doing his first MBA, at the Prague campus of the Rochester Institute of Technology which he completed in 2006.

In our lengthy chat the Assistant Manager at KPMG told me that he got to where he is now “partially through luck and hard work”. Coming from a home where none of his close relatives had been to university, he had to travel many different tracks and test many waters by himself.

He worked as a flight attendant before his undergraduate years at Universitat Bern. He also took the opportunity to work for the University as an accounting assistant during the last two years of his studies, which helped him land an internship at PriceWaterhouseCoopers in Zurich, working on M&A and capital markets initiatives. It was his first taste of the real finance world and he knew it was where he wanted to be!

He chose Rochester for his first MBA because he had spent time in Rochester, NY as an exchange student. In 1998 he spent six months there with a host family and, he says: “It was during this trip that I developed an increased cultural awareness and decided I wanted to do something meaningful with my life”. He decided to study business for the wealth of opportunities that it would open up at later stages.

However, this was after spending the year working as a flight attendant for Swissair. He describes his gap year as a flight attendant as the second best experience of his life, and he appreciates “Being given the opportunity to explore the world at a young age provides one with a truly global mindset early on”.

If you are wondering what the best experience of Marcel’s life has been, it's his time on the IE MBA, which has allowed him to stretch himself by working on all kinds of projects.

Marcel decided to do the IE MBA after reflecting on how he would perform in a managerial role. At this time, he was working in Mergers and Acquisitions at KPMG and had begun to appreciate the skill set required for higher levels of responsibility. “I reached a point where I thought I would enter a more managerial role and I asked myself what would happen if I got promoted and I wasn’t prepared enough to know how to start!”, he says.

He wanted to move out of his comfort zone, and surround himself with exceptionally talented, smart people. At IE, Marcel was met with the experiences and challenges he was after. In the second week of his MBA he was partnering up with Wharton MBA students to work on a project in the aerospace industry. It was for a start-up trying to launch suborbital flights for wealthy individuals.

Later in the year, Marcel was part of a team that won the 2011 Change in Action case competition. His team’s idea was called ‘Aquaponics’, a greenhouse concept that combined the need for electricity with a revenue-generating activity to improve the living standards of a remote low-income community.

He was also a summer fellow for the Emzingo NexGen fellowship where he consulted with an HIV testing and counseling non-profit organization based in Soweto, South Africa.

Having graduated in December, Marcel is now back at KPMG and reaping the benefits of his fresh MBA. He is currently working with a team of 12 people trying to further strengthen the company’s position as one of the most successful M&A advisers in the Swiss market.

just joined this site. really like your story marcel! i share similar situation - not many people in my family went to university. not sure about 2 MBAs though - sounds expensive!!!!!

Marcel, keep up the great work along your genuine and unique life path.

Wonderful article, Marcel. Your journey is inspiring. Thanks for sharing it.