Home > News > Mba Degree > Stanford's Sex Scandal: How To Have An Affair (And Not Get Caught)

Stanford's Sex Scandal: How To Have An Affair (And Not Get Caught) 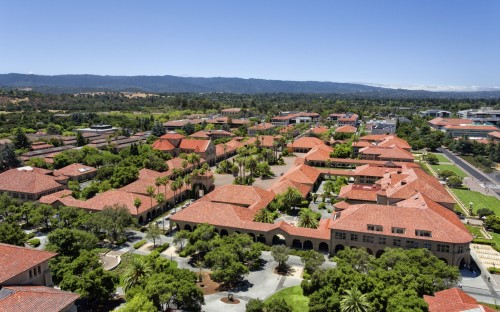 Tales of sex, lies and scandal at Stanford have rocked the business school world

These were the words with which Stanford GSB’S dean, Garth Saloner, messaged his lover, married faculty member Deborah Gruenfeld, as the pair joked about how to take care of the her husband.

James Phills, who now works at Apple University, also worked as a professor at the Stanford but was fired in April 2014. James has since filed a lawsuit against Garth. James accused him of acting “maliciously, fraudulently, despicably and oppressively”; sacking him from the university while sleeping with his wife.

The raunchy revelations have rocked the highly-ranked business school, with Garth announcing that he will step down at the end of the academic year.

Back in 2006, a Duke University study found that MBA students were more likely to cheat than any other group of US graduate students.

For successful MBAs, life is lived in the fast-lane and temptation could be everywhere. Students often live far away from their homes, and are thrown into a proverbial candy store of exciting, like-minded professionals. In such an environment, some may find the opportunity to mix business with pleasure too great to resist.

If you are an aspiring business professional currently skirting the edge of morality, you should learn from those CEOs at the top. If you must cheat, here’s a disapproving guide…

Don’t Ashley Madison it. For the company’s former CEO Noel Biderman, cheating is the glue which keeps millions of marriages together. “Life is short. Have an affair,” says the extra-marital affairs website.

After hackers stole and leaked the site’s customer data in July, married life may prove short for its 37 million users. Noel’s tenure as CEO was certainly cut short; he was forced to resign over the leak.

Don’t work and play. The workplace is a cesspit of uncharted sexual territory and Google’s co-founder, Sergey Brin, is a well-seasoned traveller.

Sergey had an affair with the face of Google Glass, Amanda Rosenberg, who was also considered a family friend.

According to a 2015 British YouGov survey, the vast majority of affairs occur between colleagues or friends. Google’s co-founder managed both.

Be careful who you mess with. Hell hath no fury like a woman (or man) scorned.

When the CEO of Johnson Controls, Alex Molinaroli, had an affair with management consultant Kirstin Ihle, his wife threatened to “destroy” Ihle and flew into a rage, repeatedly firing a 38 caliber pistol and smashing the windows of her family home. Kirstin has since been forced to file a restraining order against her.

YaVaughnie Wilkins reacted in a more ingenious manner when former Oracle co-president and top economic advisor to Barack Obama, Charles Phillips, attempted to end their affair and save his marriage. The spurned mistress bought billboard ads around America to display intimate pictures of the two with the message: “You are my soulmate, forever”.

Spend Wisely. Former Best Buy CEO, Brian Dunn, got a bad deal when he was forced to resign after reportedly spending company money on having an affair with a younger co-worker. You’re a rich man, Brian, spend your own money!

Avoid the CEO. With the inherent power the role gives them, some CEOs may roam freely in the workplace, chasing their carnal desires and smashing social barriers.

Dov Charney, former CEO of American Apparel, was accused of running a reign of sexual terror over the company. Confessing to a plethora of scandalous affairs and with reports of sexual harassment, tantrums, nudity and public self-pleasure, the power-crazed CEO has earned his colorful reputation.

If you’re a chief executive having an affair, tread carefully. Almost all the CEOs mentioned are now former CEOs.