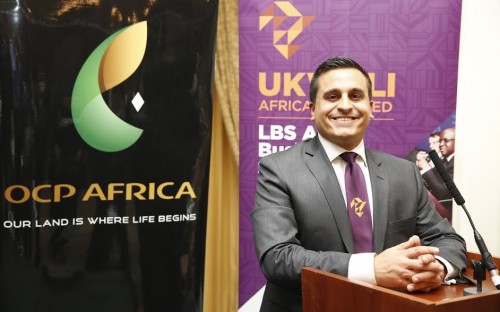 Romain graduated with an MBA from London Business School in 2016

Romain Assunção has had one eye on Africa throughout his career.

He grew up in an area of France with a strong North African influence. He’s worked extensively in Africa, including a stint with a rocket internet enterprise, setting up Nigeria’s answer to Amazon before interning at Amazon itself.

During an MBA at London Business School (LBS), Romain became the first non-African president of the school’s Africa Club.

“What matters is putting LBS at the front of the Africa scene in Europe,” he says. “That doesn’t require you to be African, that requires you to have a plan and deliver that plan.”

And Romain’s plan was clear; to connect Africa-centric students to alumni and to increase the number of African MBA students at LBS.

“The major blocks for applicants are around the cost and having access to information," he explains. “‘How do I get in?’ ‘What exactly is the profile they’re looking for?’ That’s something we were trying to address with the club.”

Less than 5% of the LBS MBA class is African. There were 35 African LBS students in last year’s Africa Club team, of 17 different nationalities. For Romain, it’s not enough. “It’s something that all the schools need to work out,” he says.

At LBS, Romain committed to the cause. In May, he helped set up the most popular Africa Business Summit in its 15-year history, attracting 550 attendees.

At the summit, speakers discussed the growth of Africa’s economies, ties with China and tech hubs, and speculated on where Africa’s first billion dollar, “unicorn,” internet startup company will come from. The event’s sponsors included Boston Consulting Group and Google.

The club also hosts a speaker series giving MBA students exposure to high-profile professionals working in Africa. In the past few years, students have learnt from, and networked with, execs at McKinsey, Bain & Co and the Africa Advisory Group.

Romain’s club presidency was marked by success. He set up its first advisory board, composed of several executive-level alumni. He connected African MBAs with executives at Bain and McKinsey. He established a network for Africa clubs at business schools across Europe.

And he made some progress in increasing the African LBS applicant pool, launching an early scholarship fun for African masters in management applicants.

LBS is actively involved within Africa itself. Each year, MBA students visit Nairobi, Kenya, sampling the growth of Africa’s digital economy in the Silicon Savannah. And Johannesburg, South Africa, where they work with micro-entrepreneurs in the city’s townships.

Romain graduated from LBS early this year. But even after his MBA, his dedication to all things Africa continues.

He’s joined McKinsey, taking up a consulting role focused on Africa and the Middle East. And he’s just got married, in traditional African style, to his Djiboutian wife.