Here's Why Military Veterans Are Flocking To Elite US Business Schools 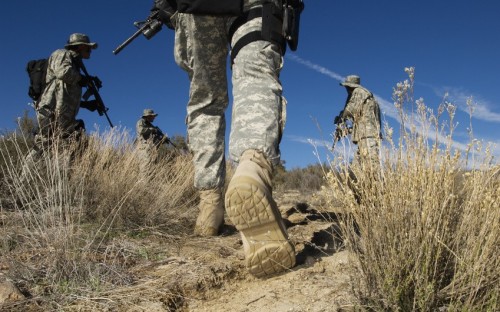 Some 1.5 million US veterans will enter the workforce by 2019, according to the Institute for Veterans and Military Families. Many will need to re-skill as they transition from military to civilian life. Some, it seems, are turning to business schools to do so.

At NYU Stern, a $15 million endowment gift funded the launch of The Fertitta Veterans Program, which sees veterans enter the business school during the summer to get an early start on selected coursework, before being fully integrated into the full-time MBA program.

“It will support distinguished military personnel who seek the tools, knowledge and networks of an MBA in their return to civilian life, while significantly minimizing their financial burden,” says Peter Henry, dean, NYU Stern.

At Tuck, known for its contingent of veterans, the Next Step: Transition to Business program is run as a standalone certificate course, which lasts 2.5 weeks and costs $500.

“The goal is to help our participants focus strengths, translate experiences, and identify opportunities so they can land the excellent jobs they absolutely deserve,” says Punam Keller, associate dean for innovation and growth.

The developments at Tuck and NYU Stern are part of a bigger push among elite US business schools to enrol more military veterans into their MBA programs, and bridge the gap between battlefield and boardroom.

Business schools can help troops transition into civilian life, according to Jason Perocho, a former US Navy pilot who studied for an MBA at North Carolina’s Kenan-Flagler Business School.

He says: “A full-time MBA program gives a military member time to adjust.” He adds that veterans clubs offer a tight-knit community: “They fill the void left from leaving your fellow soldiers, sailors or airmen that were like family.”

The percentage of military students enrolled in MBA programs almost doubled from 4.4% to 8.1% between 2010 and 2012, according to Military MBA, a network. Meanwhile, the number of veterans and serving military personnel taking the GMAT entrance test leapt 22% in 2014.

Part of the reason is government spending cuts, according to Jana Stern, associate director of admissions at the W.P Carey School of Business. Military budget cuts and the withdrawal of US forces in Afghanistan are somewhat to blame for the 1.5 million service members due to enter the workforce over the next three years, according to the Institute for Veterans and Military Families.

Nearly 500,000 veterans were unemployed in 2015, according to the US Bureau of Labor Statistics. The jobless rate for all veterans is 4.6%, compared with 4.9% for the US as a whole.

Many of the skills gleaned during active service are transferable to business and management, says Isser Gallogly, assistant dean of MBA admissions at NYU Stern. “Military veterans typically bring strong interpersonal skills, discipline, focus, and the ability to solve problems in high-pressure situations.”

Jason concurs: “An MBA allows an individual with a military background to translate their leadership skills into effective tools of management in a civilian workforce.”