Marietta Delvecchio swapped working in TV for an MBA. Like many scholarship recipients, she says she wouldn’t have been able to go to business school without it

It is no secret that female representation in business is still an issue, particularly when it comes to female leaders. Only 4.8% of Fortune 500 companies have female CEOs, in spite of the proven benefits of having women in the boardroom.

At the same time, expensive MBA tuition fees are an obstacle for many women looking to take a step up in their careers. According to GMAC, 30% of female business students in the US said funding was the biggest obstacle they faced when applying to a business school as opposed to 9% of male applicants.

Take Marietta Delvecchio, who wanted to do an MBA but would have struggled to take time off work to study full time at a business school without funding. She is the recipient of the Women in Leadership Scholarship for the 2019 cohort at the Australian Graduate School of Management (AGSM) at the University of New South Wales Business School in Sydney.

Marietta possesses an expansive career in television, spanning over 17 years. She worked on the BBC’s The Apprentice and Britain’s Next Top Model in the UK before Australia’s prime time news and entertainment show The Project where she was promoted to Head of Entertainment.

“The business side of the company started to pique my interest and I realized I wasn’t going to be able to elevate myself to those positions unless I had a qualification with business acumen,” Marietta explains. “The more I looked in to studies, the more MBAs kept coming up.”

When asked why she chose the Australian Graduate School of Management, she attributes the supportive attitude of staff and impressive faculty as vital when it came to sealing the deal.

“They’re not just academics, they’re in business and leading, it’s a real-world experience that you can’t just find anywhere,” she says. Indeed, the Australian Graduate School of Management is consistently ranked in the top 100 full time MBAs globally, according to the Financial Times.

With many sectors using business schools to hire their top talent, the issue of gender representation in the workplace often begins at business school. While many schools have pledged to improve their numbers, gender parity has only been reached by a select few.

The AGSM cohort for 2019 is 51% female, a rare example of equal representation in business schools. For female students like Marietta, this acts as an incredible confidence boost.

“We have entered this year knowing that we are on an equal playing field,” she says. “There are many women out there like me who have been in industries that are predominantly male and we are really lucky in this cohort to be equally represented.

“Women are going to leave this program and be far more empowered than when they came in to it.”

As well as the Women in Leadership Scholarship, AGSM offers further opportunities for women in business such as the Anita Pabhu Women Leaders in Business Award, which was created to support female students and alumni working in management positions. The school also offers a four-month Women in Leadership course designed for working female executives.

Broadcast journalism and television production are frequently cited as male dominated industries, with studies finding that management teams in Australia’s largest TV production companies are comprised of just 30% females, in spite of women making up just over half of the population.

However, Marietta has set her sights elsewhere, and is hoping to utilize her extensive television background, combined with her MBA to pivot in to another industry. “17 years in TV has been a really long time, and the industry isn’t really evolving as much as I wish it were” she confesses. Instead, she is looking to use her MBA to transition in to social and digital media.

The sixteen-month, Full-Time MBA program at the Australian Graduate School of Management focuses on preparing its students for leadership roles, combining real world learning with classroom teaching to develop their students’ soft skills. “We learn what makes for better managers, you can have the academic knowledge but if you don’t have the people skills then it is all for nothing,” Marietta explains.

Receiving AGSM’s Women in Leadership Scholarship has been vital for Marietta, who admits that she wouldn’t have been able to participate without it.

“I feel incredibly privileged to have the university investing in me,” Marietta smiles. “[At AGSM], you just look around and know you’re in a room full of future leaders.” 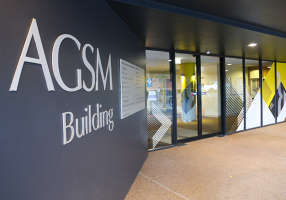 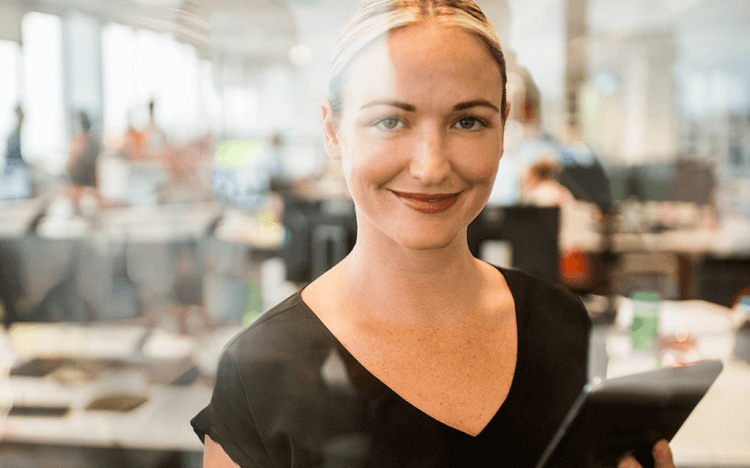