Why is now the time to study an MBA in China? ©BIMBA FB

BusinessBecause speaks to professor Yao Yang, dean of the National School of Development at Peking University, to discuss the burgeoning relationship between China and Europe

If you’re unaware of China’s growth, where have you been?

Over the past 50 years China’s economic expansion has been meteoric. Gross Domestic Product (GDP) in 1970 was just over $92.5 billion, according to the World Bank. Today, that figure sits at over $12 trillion, putting China as the second largest economy in the world, behind the United States.

Made in China 2025—the government’s initiative to make the country economically autonomous—has led to vast expansions in a wealth of industries. In 2018 alone, Bloomberg reported that China saw the launch of 97 unicorns—startups with a valuation of over $1 billion. That’s roughly one every 3.8 days, reflecting the equivalent of nearly $2 billion of startup value per week.

All of this, plus China’s Belt and Road Initiative (BRI)—an ambitious government-led project to connect Asia with Africa and Europe through regional integration, trade, investment, and economic stimulus—makes now the time for international students to study an MBA in China.

Why you should study an MBA in China

Students are given a strong grounding in Chinese business, but electives in London and Belgium offer them the chance to expand their knowledge and build bridges between China and the west.

Professor Yao thinks this is part of China’s effort to reach out to the countries that lie along the Belt and Road Initiative and to integrate the project more strongly with European nations.

While the Trump administration is pursuing a belligerent tone with China, European countries need the world market China is a part of, Professor Yao says.

“If you look at the economic structure in the UK, it has been so upgraded. London offers good jobs to many kinds of talent, but even with London it’s not enough.

“You still need to find highly paid jobs worldwide. Together with China, reaching out to BRI countries and Europe, I think that our program offers a good opportunity for students from Europe to tap into the market potential of China.”

Those opportunities are enhanced with cross cultural management delivered through BiMBA’s core modules on strategy and leadership, managing organizational behavior, and innovation management.

Students are also taught how the management of people differs between the east and the west, and how understanding relationship dynamics can be key to business success in the long run.

There is also an overseas elective available to Silicon Valley, where students are shown the best of entrepreneurship and innovation in the US West Coast startup hub.

A McKinsey & Company report on the state of China’s economy says it sees growth the size of Australia’s entire economy, every year.

The same report also states that China has the world’s best consumer growth. Chinese consumption is estimated to grow by about $6 trillion between now and 2030. That’s the same as the combined consumer growth estimates for the US and Western Europe.

This is also why the BiMBA program excites professor Yao. A more open economy alongside exponential growth means incoming international students have a wealth of career opportunities.

“The PKU-UCL and PKU-Vlerick School of Business programs are one of the deepest collaborations between China and Europe in the field of education,” explains professor Yao.

Where will China's growth lead?

Since an economic upturn began in 2015, after a slow down period, professor Yao believes China’s economy is back on track to propel growth in the future.

If you look at the world economy, from oil prices, to coal and steel, all have come up because of the increased demand from China, he says.

What does growth mean for international opportunities?

“People who really want to explore China and Asia, the UCL-PKU program is a good choice—our university encourages us to recruit more international students, so there’s a lot of opportunities for students from Europe.” 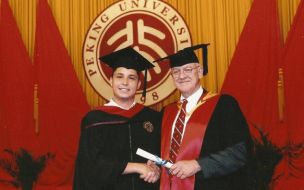 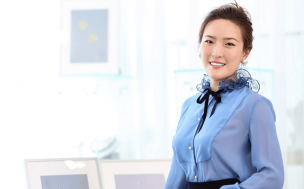 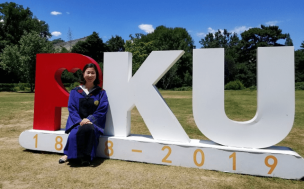