How To Get An MBA Job On Wall Street

Want a job at a Wall Street bank? These MBAs reveal what it's like applying for some of the world's most secretive firms

The ways that investment banks hire has been a source of great scrutiny since the financial crisis in 2008. But there is still a striking appetite for careers at the top banks.

Morgan Stanley received some 100,000 applications for some 1,000 places on its summer associate scheme for MBA students and its summer analyst program for undergraduates last year. That’s an 8% rise in applications year-on-year.

Although the shrinking salaries, trading scandals, and multibillion-dollar losses have damaged the reputation of banking, the proportion of applicants who apply successfully for jobs tends to be minuscule at the most elite banks such as Goldman Sachs or JPMorgan.

So what does it take to land a job on Wall Street?

Prepare for anything in the interviews

The individual recruitment processes at the top banks is highly secretive.

Oscar González is one of the few MBAs who are willing to speak about securing employment in the industry. He enrolled on the one-year MBA program at the University of Oxford’s Saïd Business School in 2016. Upon graduation, he joined Bank of America Merrill Lynch in 2017 on the bank’s summer associate program in London, before returning to the bank full-time in London in January 2018 as an associate.

Speaking generally about the investment banking industry, Oscar says the competition for jobs is intense. “In the City of London, you have roughly 50-to-60 spots per year at the big 10 banks, versus maybe 600 in the US.”

Generally, the recruitment process is done in “rounds”, according to Oscar, who previously worked at JPMorgan’s investment bank in Mexico.

“Round one is mostly focused on the technical skills,” he says. “The recruiters are expecting candidates to have done their homework around financial analysis, company valuation, the accounting concepts.”

The MBA is naturally good preparation for this, covering all the nuts and bolts of business and finance.

The latter “rounds” are all about demonstrating whether you would fit the bank’s culture and the culture of individual teams, Oscar says. “Would the person who is about to hire you be comfortable spending four or five hours with you in an airport?”

Check out: The 10 Best MBA Programs For Finance & More

Internships may be essential

Oscar says the best way to demonstrate fit is through the internship, a well-trodden path to investment banking jobs. Most banks do 10-to-12 week internship programs in the summer, with job offers typically going out at the end. “We call the internship the second interview, where you are put to the test,” Oscar says.

Tom Stanley (pictured), now at Citi in Hong Kong, who was an MBA student at Cambridge Judge Business School from 2016 to 2017, says: “Interns are the key pipeline for the bank to hire full time graduates. In some cases, recruiters only consider students who have done internship for the full-time job.”

He recommends contacting business school alumni who work at your target banks. “They can be a great source of information and great connections when you finally get an offer. Referencing conversations with them throughout the interview process can help add colour to your conversations and add some oomph to your ‘hire me’ pitch.”

As a former pro-rugby player, Tom is used to operating in a high-pressured, performance-focused environment. But he nevertheless describes the recruitment process at Citi as “rigorous, to say the least”.

The first step was completing a formal job application, due amidst the first term of the Cambridge MBA, which is already a busy period with orientation, activities and exams. In February he was invited to the first series of interviews in London.

Don't be intimidated by the views

Whisked up to the top floors of Citi’s towering Canary Wharf skyscraper, Tom was paired off with market employees—the interviewers. In three-to-five interviews lasting 30 minutes each and done back-to-back, the bankers quizzed Tom on his resume, experience, asked him to pitch trades and run through “mind-bending brain teasers”.

Next came the internship, for which he still had numerous interviews and presentations to complete, all seemingly geared towards his “fit” with the proposed team.

“I would advise current MBA students to speak to campus recruiters or recent alumni to understand more about the hiring process as it might change,” Tom says. “It also differs from region.”

He adds that he found the book Heard on the Street by Timothy Crack invaluable in providing context of the investment banking world.

READ MORE: CFA vs MBA? Here's Why You Should Do Both

John Madgwick (pictured), head of finance careers at Oxford Saïd, reports that a growing number of banks are also introducing video interviews. Goldman Sachs, for instance, ditched campus interviews in 2016 and instead asks the 250,000 students who pitch for a job at the bank each year to use pre-recorded interviews to state their case.

Another growing trend, according to John, is the use of case studies during the banking recruitment process, which are more akin to management consulting firms than Wall Street banks. Job candidates are increasingly asked to, in-person, analyse a client problem and present a solution to recruiters at the bank.

A reason for this, John suggests, is because of the growing challenges that banks face—the onslaught of regulation to fintech challengers. “The financial services market is still incredibly ripe for disruption, which requires a new set of thinking,” he says. “The ability to solve problems is increasingly important to the banks.”

Recruiters often ask candidates to answer questions knowing full-well the answer is unlikely to be given, John reveals.

“They want to see how candidates think on their feet. If you’re not demonstrating that, if you are going to quote textbook finance to them, your application might suffer.”

Think about getting your CFA

Investment bank recruitment has held steady over the past four years, even in spite of the uncertain climate created by the prolonged Brexit process. About one-quarter of Oxford Saïd's MBAs go into the financial services sector each year, John divulges.

Banks value MBAs for their leadership and client-facing skills, which is what candidates pitching for banking jobs should try to convey during the application process, says John.

“It’s the ability to lead teams and engage with senior people at client firms [that is valued].”

Stephen adds: “When an employer sees the charter on a resume, they can expect unparalleled investment expertise and professionalism, beyond that attained in a typical MBA program alone. They can also be assured of hiring a professional with the highest ethical standards.” 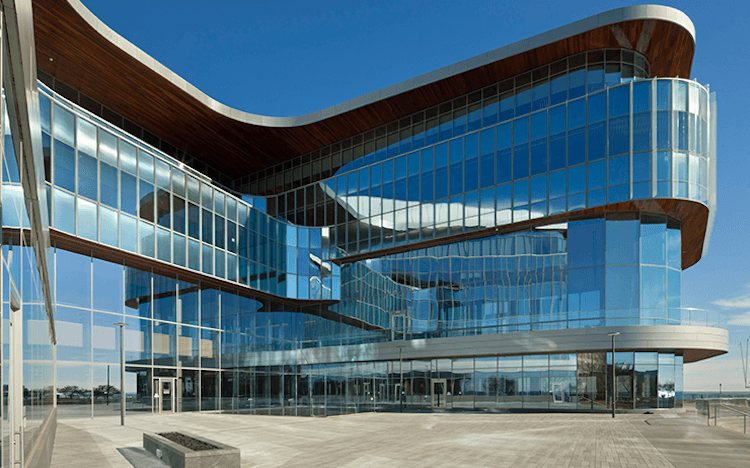