The advancements in online education have had a huge influence on the current business education market – and will help shape its future. 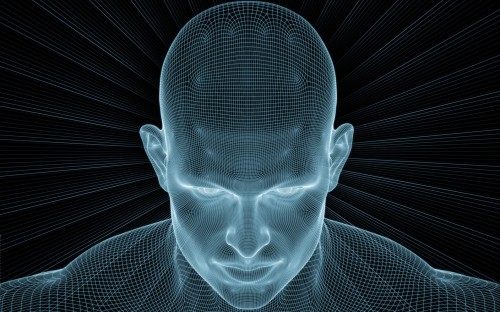 Business schools are not concerned by massive open online courses – or so they have been insisting for months.

Yet Moocs have spurred the majority of top business schools to adopt new learning technology as they continue to compete with free education providers, which are beginning to step on traditional degrees’ toes.

Mooc makers have been pumping out courses for just a few years, but their effect on the business education market has been profound.

Online delivery is one of the hottest topics in education. The learning revolution has been gathering speed at business schools for the past year.

These massive courses were once just a patchwork of programs lasting a few weeks with incredibly low completion rates – which is still a massive problem – but they are now being bundled into large modules, modules that are gaining traction with employers.

Business schools insist they are incomparable to a degree, good only for a handful of uses such as spreading their brands into cyberspace.

Mooc makers, companies such as FutureLearn, Udacity and Alison, insist they offer business students expertise but without the commitment or price tag of a full-time degree program. They say they provide opportunity for the masses, many of whom lack the means to attend expensive institutions.

They also say they are here to collaborate with universities and business schools, not steal their thunder, but all the while are encroaching into their territory with short executive courses, certificates and even business projects with companies that act as internships.

Daphne Koller, Coursera president, says Moocs have a huge opportunity to adapt online education and move it “beyond its academic roots”. She adds: “Business schools are not our competition, but our allies.”

The company has created more than 600 online courses, has grown to have more than seven million users and has raised at least $65 million in investment capital.

Coursera poached Richard Levin, the long-standing head of Yale University, to work as its chief executive in April this year.

It has since been expanding into new markets, working with Chinese universities and organizations and others in several countries to roll out courses to non-English-speaking learners.

“We’re providing access to many learners who otherwise would not be able to take business courses from some of the best universities in the world,” says Daphne.

Moocs continue to be an educational sensation. Providers have created massive user bases: Alison has about 3 million, edX has 2.7 million, Udacity 1.6 million and FutureLearn is expected to add another few million to the roster when it comes out of beta-testing.

Wharton, one of America’s leading business schools, was an early pioneer. It launched a course on gamification techniques on the Coursera platform in 2012.

Yet two years later, its professors released a report that called Moocs a “Trojan Horse”. They said Moocs use technology that has the potential to “destroy” full-time MBA programs, and cut business schools’ faculty by a third.

The academics argued it costs $1,475 to provide a student a course in a large MBA program, but just $11.20 to teach a student a Mooc.

The biggest threat is levied at executive education, expensive programs sold in the form of EMBAs or customized short courses that are tailored to corporations’ needs. But many business schools deny the competition.

Federico Frattini, director of MIP Politecnico di Milano’s EMBA programs, says: “Executives increasingly need the flexibility that distance learning can offer, but they also need interaction, one-to-one discussion with the faculty [and] networking with other top managers. And this cannot be achieved through Moocs.”

Learning technology groups are increasingly trying to monetize their free courses. EdX is launching a series of short executive programs which participants will have to pay for, some of them business-related, which cost up to $1,249.

EdX is a non-profit platform founded by Harvard University and the Massachusetts Institute of Technology. As well as amassing millions of users, it has grown to collaborate with about 50 institutions.

The Mooc developer is expanding into new markets as emerging economies demand access to more education. At the same time business schools are also expanding, establishing campuses in these developing regions.

EdX rolled out courses in Saudi Araba in September this year which are designed to bridge the gap between education and employment.

Anant Agarwal, CEO, says the founding vision of edX is to “increase access to education for everyone, everywhere” in the world. “We’ve received tremendous interest in the edX open source platform from countries around the world including France, China, Jordan and Mexico,” he adds.

Employment prospects are increasingly the priority for business schools, and online educators are beginning to sense the need. EdX is one of many Mooc makers expanding into the employment market.

As well as charging upfront fees, it licences courses to institutions, and sells qualifications to students, who after completing courses are given the option to purchase a verified certificate which they can present to potential employers.

“We are increasingly seeing companies and hiring managers recognize verified certificates as a positive signal on a job candidate’s resume,” Daphne says. Coursera has been tapping into this market too, with a sequence of online courses that allow students to complete a real-life project and purchase a certificate to show to recruiters.

Eight of the courses are in business and management-related subjects including entrepreneurship and digital marketing, and each unit of each course offers a certificate costing $49.

“We’re moving towards a much more significant focus on project-based learning,” says Daphne. Coursera is planning to create a gallery of the projects that students complete as part of their coursework. She adds: “We want to provide our learners with the best opportunities to engage their minds as well as to move forward in their careers.”

In a further sign of expansion into business schools’ territory, a host of other learning tech firms have begun selling courses to corporate institutions.

Daphne says Coursera has landed internet giant Yahoo! as a client, which covers the cost of its employees’ certificates, while C3 Energy, the software company, is paying employees to take a Coursera-hosted machine learning course. San Francisco-based Udemy launched Udemy for Business in 2013 and has grown to have more than 350 corporate partners. And edX ran a pilot course on big data that enrolled 3,500 people from more than 2,000 organizations including Microsoft, grossing about $1.7 million.

These advancements in online education are not just of interest to companies, however. They have had a huge influence in the shaping of the current business education market.

Nearly every top-ranked business school has flocked to learning technology companies to get help setting up online versions of their MBA and master’s programs, or have launched short courses online. In July this year, both Henley Business School and Kenan-Flagler Business School revealed plans to launch online business degree programs.

Henley developed its Henley MBA Online with Academic Partnerships, an organization that works with about 50 universities around the world. John Board, Henley’s dean, says: “The technology is much cleaner [now]. We've got an online system which allows continuous consciousness of what's happening.”

Other business schools are meshing Moocs into their executive education programs. MIP’s Flex EMBA will integrate some Moocs offered through other platforms to “grow the learning opportunities” for students, says Federico.

Warwick Business School in the UK runs several Moocs. Nigel Pye, assistant dean of the Warwick Executive MBA, says they are a way of introducing people to the school – “whetting the appetite so that they will hopefully take on a course here – like an MBA” – and this has become a common marketing approach in education.

But he adds: “Although you can obtain certificates on completing a Mooc, the MBA is far more intense... [And] will truly set you on course to enhance your skill-set and career.”

Some people think Mooc University will become the future of business education but there remain plenty who are unconvinced. Régis Faubet, a digital manager at Grenoble Ecole de Management, says: “They are still far from representing a real alternative to traditional postgraduate programs. Moocs are an additional type of learning, rather than one that supplants existing educational frameworks.”

As someone who has taken a number of free courses with Alison, I agree the traditional providers have to up their game. The learning on Alison is self-paced and courses can be chosen to reflect interests and learning required.