The world’s elite business schools are pouring resources into virtual and augmented reality, as they place bets on the next big innovation in online learning.

Technavio, the consultancy, forecasts that augmented reality, which layers an interactive image directly on top of physical reality (think Pokémon GO), will be one of the most disruptive forces in e-learning over the next four years. Souped-up smartphones have improved access to the latest AR apps, which are cheaper than ever before, notes Jhansi Mary, lead analyst at Technavio.

VR and AR have been around since the 1950s, of course, and have previously failed to take off. And while today’s innovators like HTC, Valve and Magic Leap are widely tipped to revolutionize mostly the gaming business (or worse, pornography), big strides have been taken to bring VR to education.

Google this year for example launched a welter of VR products for schools, including apps for virtual field trips that have beamed more than one-million students to far-flung locations using the tech company’s Cardboard VR device.

And last year’s release of a slew of consumer headsets — such as Oculus Rift — is generating enthusiasm for how higher education academics can use the tech for teaching, says Fernando Contreras, associate director for extended learning at Stanford’s Graduate School of Business.

The most obvious application of VR is in subjects such as engineering, where students can handle virtual structures. Penn State University, for instance, has banked funding for a VR project to bring engineers’ learning to life.

But business schools are exploring the tech too, to provide more immersive distance learning experiences. “We’re keeping a close eye on it,” says Michael Koenig, senior assistant dean at the Darden School of Business. They say VR and AR could be used to better teach so-called soft skills online, such as negotiation. It could also improve student engagement, networking, and replicate the on-campus experience — something currently lacking in digital learning.

Many are the world’s best-funded, reflecting concerns that VR is too costly to be deployed widely in education. However, as prices come down as the technology improves, VR “will almost certainly be used in education”, says Patrick Mullane, executive director of HBX, Harvard Business School’s digital learning initiative.

There remain big questions over whether VR can offer the same interaction as being physically present in a classroom. But the sci-fi tech could do a better job of replicating a lecture theatre than current online learning tools, say advocates. “It’s one experience to read a case study, and another to virtually live it,” says Anne Trumbore, senior director of Wharton School’s online learning efforts.

Only time will tell whether VR becomes a permanent part of the education landscape, or the next fad, soon to fade away.

These are three VR pioneers hoping for the former.

When Hurricane Sandy struck the Northeast in 2012, executive students couldn’t get to Sloan’s Cambridge campus. So instead, they went virtually, using the AvayaLive Engage technology Sloan had begun testing out a year before.

Avaya works by connecting cameras in a physical classroom to a virtual world. Students create customizable avatars and beam themselves to class. The advantage, Sloan says, is that avatars enable smoother social interactions than classic online learning set-ups.

It can feel a little awkward, however, plus facial expressions are limited.

So Sloan has started thinking about true virtual reality, says Peter Hirst, associate dean of executive education — headsets. “The next generation of VR — that’s going to replace the traditional notion of sitting in front of a computer,” he says.

The business school has trialled Google’s Cardboard and Samsung’s Gear VR devices with executive students. However, Peter believes Sloan is months or years away from full adoption. But he expects common barriers to entry, such as the high cost of some hardware — Samsung’s Gear headset is priced at about $105 — to come down in time.

Sloan’s success with VR caught the eye of Stanford University’s Graduate School of Business. Enticed, the school created a virtual campus of its own. Students on Stanford GSB’s LEAD program can immerse themselves in a 360 degree learning environment, also powered by AvayaLive Engage.

“Jumping into this space, no one knew what to expect,” says Fernando.

The results however, have proved promising. Avatars give students the chance to interact with each other more naturally than video-conferencing. Learning from peers is critical to executive education and simulation can help replicate the on-campus experience. Fernando says: “We want to make sure our participants are forming a community. And that’s as critical as the specific content of the learning.”

There are hurdles — Stanford GSB’s set-up is labour-intensive for staff, and getting the audio levels right can be tricky. But Fernando says faculty “have an eye” on how VR can be applied to other Stanford programs, maybe even the MBA: “We definitely have to continue probing the landscape.”

The VR market is estimated to hit $70 billion in 2020, according to Taiwan-based TrendForce, a market research group. Excitement around the tech is what got the Stockholm School of Economics hyped up about using VR, according to Robin Teigland, an innovation-pioneering professor. She says she has taught two groups of executives using Gear in a VR initiative sponsored by Samsung.

However, Robin does not envisage widespread adoption — yet: “Your standard school is not keeping up with the demand for online education,” she says. Common headwinds include resistance from faculty and university bureaucracy. It’s little wonder, then, that schools are often happier to experiment with cutting-edge edtech in executive programs, because they are smaller in size and shorter in duration.

Eventually however, Robin believes VR is coming to business schools: “If you think about the money being pumped into it by Facebook, Google or Alibaba, developments are coming,” she says.

Indeed, venture capital invested into VR ventures such as Magic Leap hit nearly $4 billion between 2010 and 2015. 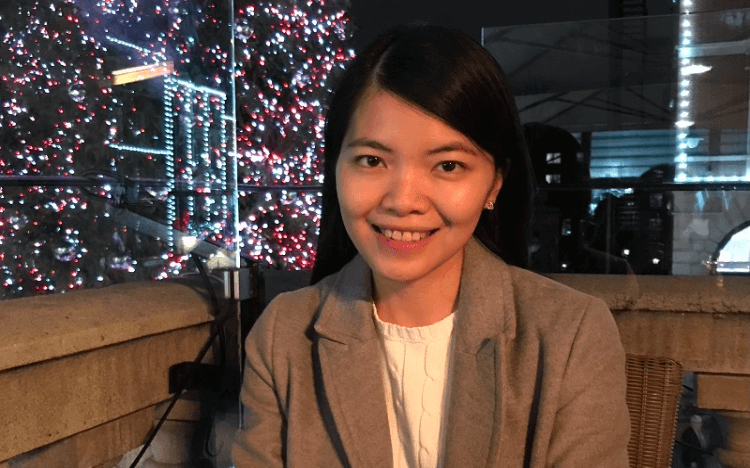