Transitioning from the Army into civilian life has its challenges. For Pete Donovan, who spent nine years as a British Army officer in the Corps of Royal Engineers—where he served on operations in Northern Ireland, Iraq, and Afghanistan—it meant seeking out a different set of skills to kick-start his new career.

After leaving the Army, he landed a role as a program manager as part of an apprenticeship scheme for the UK’s leading rail network, before working his way up to his current role as an area services manager.

Working his way up the career ladder required the augmentation of a specific set of skills; skills he went in search of on the Online MBA at the University of Birmingham’s Business School—the world’s first 100%-Online MBA to receive accreditation from the Association of MBAs (AMBA).

“Several of my colleagues and friends had either completed an MSc or an MBA and, following various discussions and some advice, I felt that an MBA would be beneficial for both personal development and my career,” says Pete.

He adds that his experience in the Army taught him the fundamentals of leadership, emotional intelligence, and operational planning.

But, as he began his career outside of the armed forces, he quickly realized that his business skills were lagging, especially in areas like finance and marketing. “The MBA syllabus and the course learning outcomes were exactly what I was looking for to bridge the gap,” he explains.

Looking to progress within the rail industry, Pete knew that the Online MBA from the University of Birmingham’s Business School—awarded the Queens Anniversary Prize for outstanding work in rail for public benefit, and the 12th largest railway and education center in Europe—was well placed to ensure that happened.

Through the fortnightly live sessions on the Online MBA from Birmingham Business School, Pete connected with tutors, lecturers, and groups of other students from all around the globe in an interactive learning environment—by studying online students can translate their learning directly into their quotidian work.

The company Pete works for has been reclassified as a public-sector company, resulting in an increase in pressure to deliver value for money, increase productivity, and deliver to customers.

“An MBA is useful within this context,” he explains, “as the theoretical learning can be applied to rail maintenance activity, delivering operational efficiencies and increased output.”

He cites the case study work on the Operations Management module as particularly useful, being able to apply the theoretical knowledge in a practical setting immediately. “I have utilized the learning from this module to great effect, [by] analyzing the capacity of our remote conditioning monitoring system,” he says.

Working within an industry that is “experiencing an exponential rise” in customers correlates to less time for routine maintenance, thus making it imperative that jobs are done right the first time—Pete adds that “technological innovation [also] features heavily as the mechanism for delivering improved rail performance.”

The quick-fire change in nature of the rail industry, and others like it, means having the knowledge of the Online MBA from Birmingham Business School on hand to apply directly is vital.

Constantly innovating as a workforce prevails as the key to prosperity. “We must improve the productivity and skills of our people to deliver a truly world class service,” Pete says.

For anyone considering the Online MBA from Birmingham Business School, Pete has some simple advice.

“Think about how the learning can be applied to your business as it makes the subjects more relevant and enjoyable,” he says.

“Work hard and engage with your peers, especially during group projects—you can use the subject matter to benefit your business if it is applied carefully.” 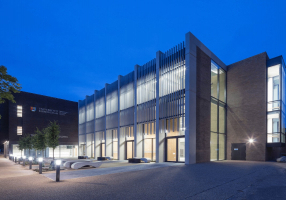