David Erickson leveraged the skills and connections he forged on his MBA at Cranfield School of Management to start a cleantech company in Ghana. This year, he sold its US version to a big non-profit

If starting your own business is a challenge, creating one with a solid triple bottom line—that is, one which has an impact socially and environmentally as well as financially—can seem like an almost insurmountable task.

The right MBA, however, can certainly put you on the right track.

It worked for David Erickson, one of the founders of Kailo Energy, an innovative battery backup system that recently sold to non-profit organization ClearFoundation.

David graduated from the full-time MBA program at Cranfield School of Management five years ago, and he believes that his MBA was instrumental in launching a successful post-graduate career in entrepreneurship. He now works in consultancy and impact investing, helping other entrepreneurs like himself get their socially-responsible businesses off the ground.

The importance of experience

Before enrolling on the MBA, David worked in the Democratic Republic of Congo, for a humanitarian organization dedicated to starting and growing African businesses.

“My business partner and I had five businesses we were running, with about 300 employees,” David recalls.

David’s business partner had received his MBA from Hong Kong, and as they worked together over the course of two years, David began to see patterns emerging in the kinds of challenges they faced on the job.

“My history had been in running project teams in software development, and doing some consulting here and there, mainly in marketing,” he recalls.

“But when it came to running entire businesses, my partner had knowledge and skills that I saw if I could acquire, it would make me much better at business."

Once they had divested the businesses back to the local management teams, David decided to pursue these skills through an MBA—specifically, he wanted a one-year program that would take him overseas.

After being accepted into schools in the UK and France, he ultimately opted for Cranfield School of Management—it was, he says, all a matter of experience.

“I liked the fact that Cranfield had an older, more experienced cohort in their MBAs,” David explains. “I’d worked with MBAs before; we’d brought a bunch of interns into the businesses in Congo, and they were great people with good knowledge.

“However, they did not have the business experience: they’d done their undergraduate degrees and gone right into an MBA program after one or two years of work.”

By contrast, Cranfield requires a minimum of three years’ work experience from applicants, and many of those who enrol on the final cohort have well in excess of that—frequently eight or nine years, like David.

Being surrounded by this extra experience would pay huge dividends both during and after the MBA for David: “I was not only learning from professors, but also from my classmates,” he says, and he reports that he’s collaborated with members of his old cohort as recently as last month.

“Many of my professors were active consultants,” David explains. “I can remember being in lectures and the professor would say, ‘I’m going to explain this concept to you, and I just implemented this last week over at Kuehne + Nagel,’ or a government over in Germany, or whatever project they were working on.

“There was a lot of applicable real-world education that happened at Cranfield.”

The positive effect that this industry-focused teaching style would have on David’s career started to take shape even before he finished his degree, when the partner he had worked with in Congo called him and invited him to join him in a solar energy venture.

“I jumped at the chance,” David recalls, “and I relate that directly to my Cranfield MBA—having that knowledge and confidence to say ‘Yes, this is something I know how to do, because I know how to do all the different things that will be needed in building a business.’”

Make the MBA your own

When asked how prospective or current MBAs can try to emulate his success, David’s answer is surprisingly simple.

“They told us during the MBA, ‘Make this your MBA,’” he says. “When you hear it, it sounds like a platitude, but it’s true.

“Really leverage the learning that you’re getting. Talk to your professors after classes, use their experience and the experience that you’re having during the MBA towards what you want to accomplish.”

Cranfield School of Management is a good forum for this approach, particularly for entrepreneurs David says. The school is home to the Bettany Center for Entrepreneurship as well as many other startup-related initiatives.

The key, David says, is knowing what you want to get out of the course, and tailoring you MBA around that goal.

“That’s what I did and it’s certainly been beneficial to me—it allowed me to build a couple of businesses post-graduation, and I recently successfully sold one.

“I attribute that back, certainly to my work history, but the turning point for me was the Cranfield MBA.”

RAF To MBA: How This UK Business School Is Unlocking Careers In The Defense Industry

Why You NEED To Choose An MBA With International Experiences 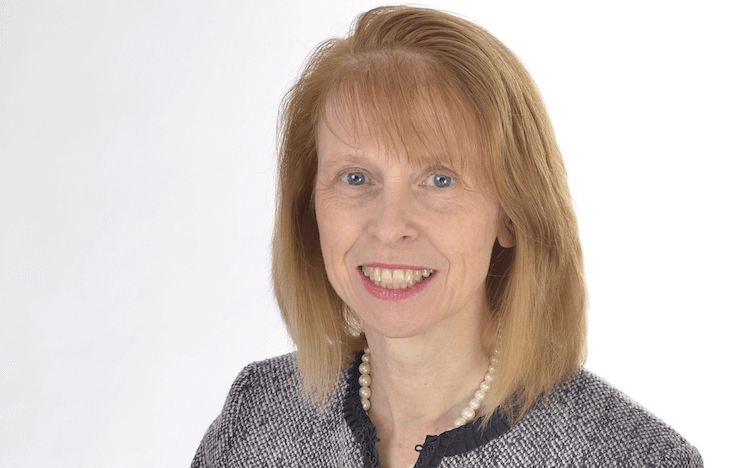