Rishi Sunak | His Stanford MBA has taken him from Goldman Sachs to the heart of the UK government's fight versus coronavirus ©NoDerivs 2.0 Generic

Son-in-law of an Indian billionaire, Stanford MBA alum, and the UK's new chancellor heading up the battle versus coronavirus—Who is Rishi Sunak?

Rishi Sunak is the name on the lips of millions of UK citizens at the moment.

He’s the British Chancellor of the Exchequer, the second-in-command to UK Prime Minister Boris Johnson, and is the man responsible for all matters of economy and finance. This is the latest role in an illustrious career that has taken him from Goldman Sachs to a Stanford MBA.

Recently, he’s the face behind the radical economic measures being taken in the UK to tackle the potentially colossal impact of coronavirus on jobs and businesses.

But before February 2020, very few in the UK would have known who he is. So who is Rishi Sunak, and how has he pulled off this meteoric rise from an MBA at Stanford to the top of the UK government?

From humble beginnings to a Stanford MBA

Born in the UK in 1980, Rishi is the son of first generation immigrants from India to the UK: his mother a pharmacist, his father a general practitioner, whose parents had emigrated from Punjab in the 60s.

He was head boy at Winchester College, one of the UK’s most prestigious high schools, before being whisked off to study politics, philosophy, and economics (PPE) at the University of Oxford.

At the young age of 24, Rishi was granted a Fulbright Scholarship—a revered cultural exchange program—and switched the UK for California to go and study an MBA at Stanford Graduate School of Business.

As for many, his MBA was a formative part of his education, and formed his first steps into a financial career that would see him work as an analyst at Goldman Sachs, a hedge fund manager at The Children’s Investment Fund Management, before setting up his own hedge fund with former colleagues.

READ MORE: What You Need To Know Before Applying To The Stanford MBA

More than just an MBA

Rishi’s MBA turned out to be more than just a degree from the world’s top ranked business school: it was where love first blossomed for him. It was on the Stanford MBA where he met his future wife, Akshata Murthy.

Akshata’s career is equally as impressive as her husband’s. On top of her MBA, she runs her own fashion label and is a director of a venture capital firm.

She is also the daughter of N.R. Naranya Murthy, an Indian billionaire and co-founder of Infosys, an IT consulting multinational.

A career in politics

Rishi first made his way into politics in 2015, when he was elected for member of parliament (MP) in Yorkshire in the north of England, replacing former Conservative Party leader William Hague, also the holder of an MBA (his was from INSEAD).

He’d kept a reasonably low profile, before being thrust into the limelight in February 2020, when he was announced as the new Chancellor in Boris Johnson’s government.

His relative anonymity raised questions about his suitability for so senior a position in politics. But he’s now garnering recognition and praise for his response in the face of the economic crisis following the coronavirus shutdown.

Time will tell whether these measures will navigate the UK through the current economic storm. But anyone else who has experienced a turbulent first month in a job will sympathize with the challenge that lies ahead for Rishi.

Next read: Meet The New Prime Minister Of The UK - A Stanford MBA

The header image in this article was sourced from this page under this license.

3 Leadership Lessons From The Coronavirus Pandemic 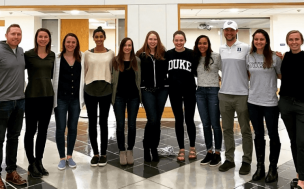 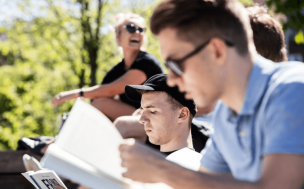