The 25 Best MBA Programs For Women

Best Women MBAs! We list the 25 business schools with the best representation of women on their MBA programs

Best women MBAs: Some schools, like France's ESSEC, have reached 50% female representation on their MBAs

At many business schools around the world, women MBA students are in the minority. But some schools have gone above and beyond to boost the number of women in their classrooms.

Currently, 38% of full-time MBA students globally are women, and although the representation of women on MBA programs is rising, it could be some time before many MBA programs achieve gender parity.

That's despite the benefits that women can reap from the qualification. Data from the Forté Foundation, which improves women's access to business education, shows that 95% of MBA graduates said the program improved their confidence, which is crucial for success in the workplace.

The study also found that MBAs increase earning potential by up to 65% over five years, which can go a long way toward women achieving equal pay to their male counterparts.

With so many benefits, top business schools across the world are doing what they can to attract more women to their programs, with varying degrees of success. In the US, schools in the Financial Times’ (FT) top 100 rankings have an average of 36% women in their MBA cohorts, while China pulls ahead with 48%. India, meanwhile, has an average of just 24%.

A handful of top schools have managed to attain close to—or even higher than—50% women on their MBAs.

View our list of the 25 best MBAs for women or read on for a break down of each school in the list. 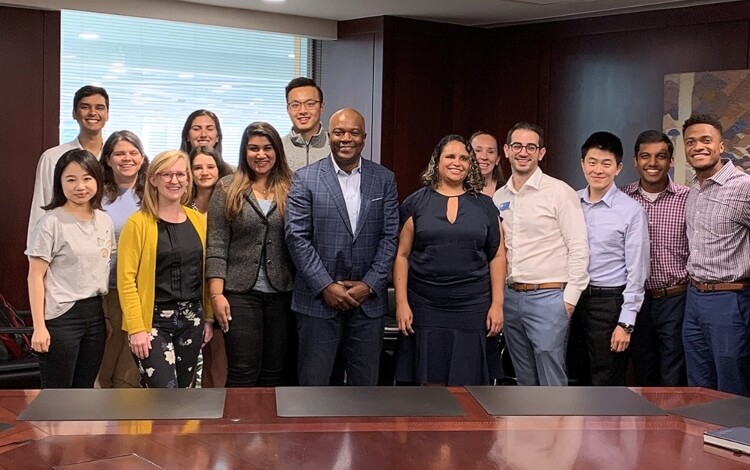 Fuqua School of Business snagged a top 20 spot in this year’s global MBA rankings, and the school is also making strides in gender parity.

In 2020, 43% of its MBA students were women; a marked improvement from just two years ago when the figure stood at 34%. Initiatives like the annual Women’s Leadership Weekend, which brings prospective and current female students together, have fostered an inclusive environment. 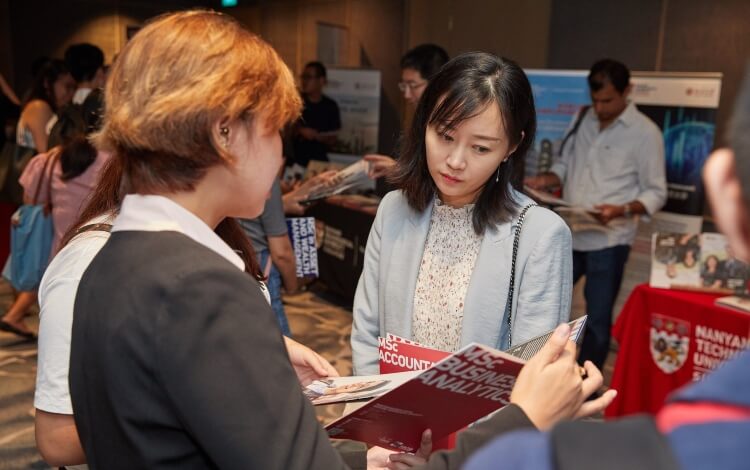 Singapore’s Nanyang Business School is on the rise when it comes to female representation. Since the school launched a Women in Business Club in 2010, the number of woman MBAs has been consistently on the rise.

Last year, Nanyang’s MBA had 41% female students, leaving it in 28th place. In 2020, though, the program has sprung into the top 25, with an improved proportion of 43%—well on its way to parity. Nanyang also has 35% female faculty, and 37% female board members. 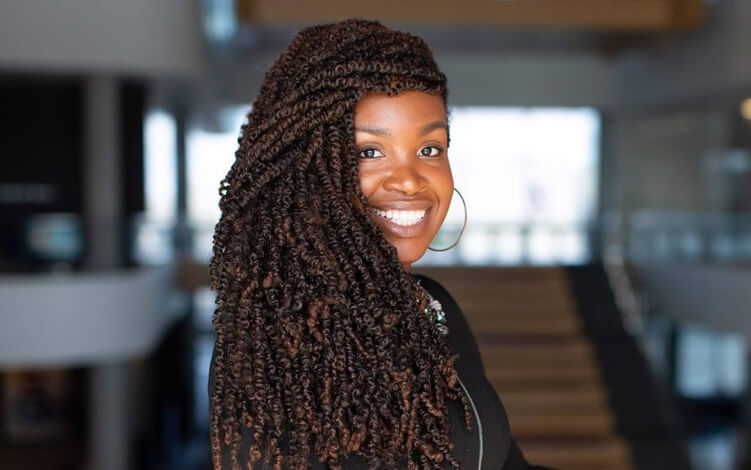 Kellogg was the first top 10 school to appoint a female dean, Sally Blount, in 2010, so it comes as no surprise that they've retained their spot as having one of the best MBA programs for women.

In 2020, 43% of the MBA class—and the school board—were women. Initiatives like Manbassadors also help men at Kellogg to join the conversation about gender diversity. 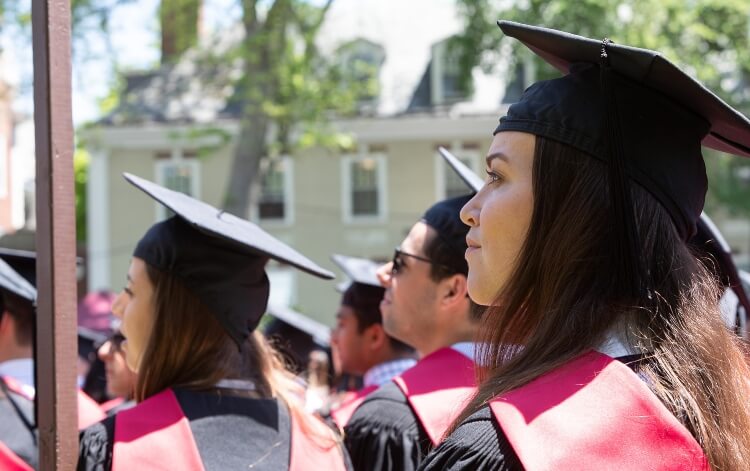 Ranked number one in this year’s global MBA rankings, Harvard Business School is also edging its way closer to gender parity in the classroom.

43% of its MBA students, and 48% of its board members, are women. Meanwhile, events like the annual Dynamic Women in Business Conference bring women in leadership positions to campus to discuss the challenges they face in the workplace, and how to overcome them. 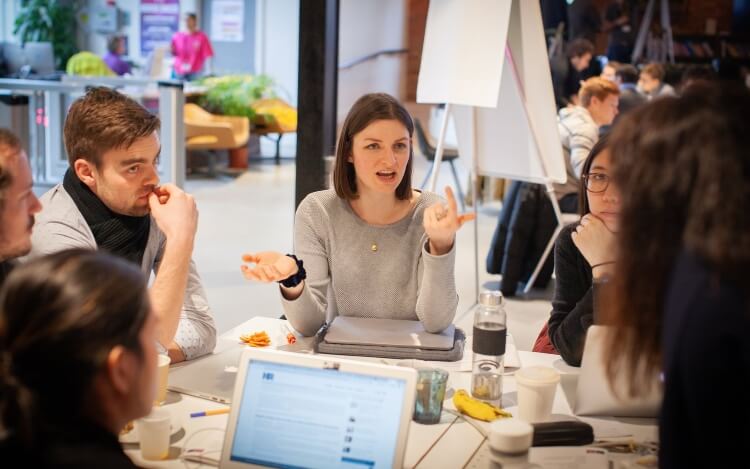 In 2019, just 39% of Saïd’s MBA class were women, but 2020 saw the figure jump to 44%. The school currently offers a six-week course for women hoping to develop their leadership capabilities, and this international women’s day will kick off a month of talks, exhibitions, and discussion groups to support women’s equality. 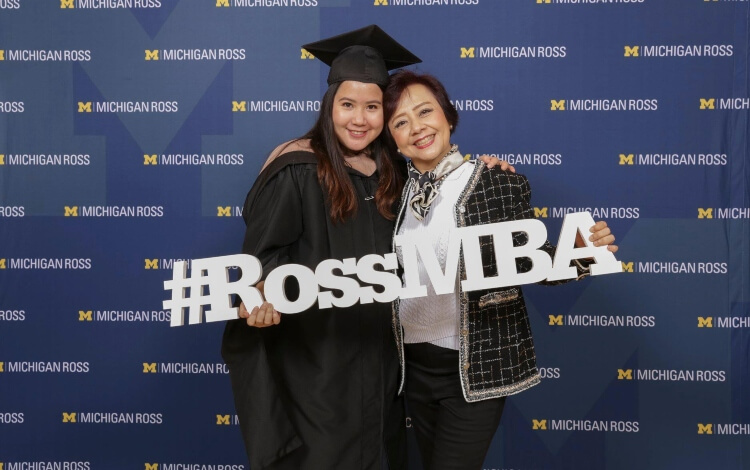 Michigan’s Ross school of business is also climbing towards gender parity, with a 45% female MBA class in 2020. Female ambassadors on the program have created a welcoming atmosphere for incoming women MBAs, while the Michigan Business Women club helps support female leaders when they reach campus.

There’s room for more change within the school’s board, however—just 11% of members are women. 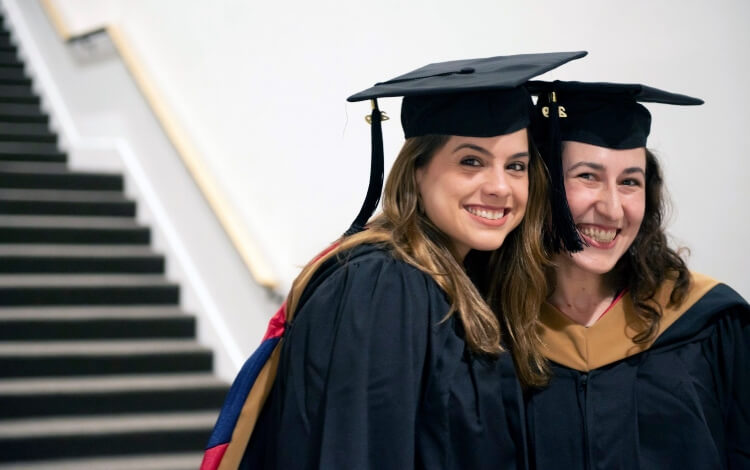 Wharton has been climbing toward equal representation in the MBA classroom for some time, and the efforts being made to attract more women students are paying off.

In 2020, 46% of Wharton’s MBA cohort were women, and the school is also a Forté Foundation partner, meaning that promising female applicants can attend on a Forté women in business scholarship. 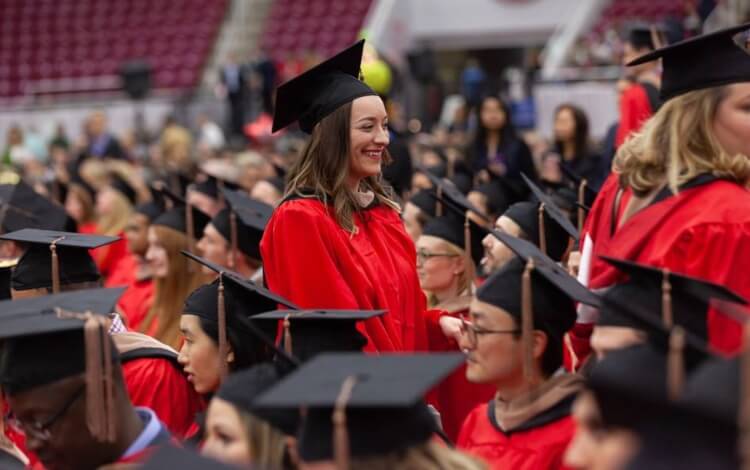 At Boston’s Questrom school of business, 46% of MBA students are women. Female representation in the faculty is also strong at 35%—one of the highest figures among schools to make this list.

Within the US, Questrom has the fifth highest proportion of women in the MBA classroom, and the school makes strong efforts to connect current students with female mentors in positions of leadership.