Digital Revolution In Business Education Poised To Take Off

The digital invasion of online courses and Moocs has business schools scrambling to set-up distance learning programs, as the teaching revolution reaches new corners of the world.

Martin Bean envisages a classroom in the future where students carry out their work on tablet devices and smartphones instead of on exercise books; a world where lecturers do not waste time by delivering knowledge that can best be gleaned from a laptop screen in the office, and in which educators can reach mass new global audiences by revolutionizing the traditional learning and teaching experiences – with technology.

This is the “digital revolution” that is sweeping its way across the global education industry and challenging business schools to adapt to a new audience that has grown up swiping, texting and Googling – dubbed “digital natives” – and whose future jobs will have tech at the core of the businesses they manage.

“Disruptive innovation is forcing so many of us to reconsider the very foundations of our learning and teachings,” says Martin. He’s an energetic former Microsoft employee who is now the outgoing vice chancellor of the Open University. His latest venture, FutureLearn, is the UK’s first provider of Moocs – massive open online courses.

FutureLearn is just a year old – it celebrated its first birthday last month – but it has blasted its way into the education scene, offering short and sharp online courses on business and management topics ranging from innovation and enterprise to data analysis. “It’s taken the world by storm,” enthuses Martin, a bundle of Australian dynamism.

FutureLearn has growth to have 1.4 million course sign ups with more than 40 universities including Bath and Reading – operators of two of the UK’s highest-ranking business schools. Owned by the Open University, the private Mooc maker has raised £2.5 million in funding – from the OU, according to accounts filed to Companies House. But with such rapid growth comes new problems.

Convincing Mooc takers to complete their courses has proved to be a challenge, and questions are also raised about whether employers value online courses.

Many executives in the education industry still cling to their traditional roots which – particularly in the UK – are a crucial part of their appeal, traditions used to lure internationally mobile students. Martin’s riposte is that “innovation rarely catches on immediately”. His infectious confidence remains undimmed.

Martin rubs his trousers and feels for his smartphone. Most people have a weapon of mass distraction in their pocket, he says. “Today it is all about smartphones; tomorrow it will be about wearables like Google Glass.” But it won’t stop there. If education doesn’t keep up with this changing environment, it will miss opportunities, he says. “We risk the sector becoming irrelevant or quite possibly even irresponsible.”

The fascination with technology is catching on in the business world so it should be no surprise that using the latest whizzy gadgets like live voting systems and virtual learning environments – and even medical devices like heart-rate monitors and brain-scanners – are being adopted by the world’s best business schools.

“They’re all adopting these new technologies, transforming their learning and teaching,” says Martin. Most top-flight schools are rolling out Moocs to reach new audiences and lure businesspeople into their expensive degree programs.

HEC Paris launched its latest this week with Coursera, a six-week series of videos and interactive sessions on business relationships. Stanford GSB on Wednesday launched a certificate program for executives, which is taught entirely online. Many other MBA providers have been forced to turn to cyberspace.

But the view from inside business schools is not always so bright. Some of these online courses and Moocs are rivalling traditional education systems. Wharton, a top US school, estimates that Mooc tech could wipe out a third of business professors. “At first there were many more questions than answers,” says Martin.

The common gripe is thus: how will technology change education when so much knowledge is available for free, at the swipe of a screen? The answer remains unclear. But tech is beginning to radically alter the business training landscape – and is helping to shape its future.

Several business schools have been spurred into running online versions of their MBA degrees including IE, Durham and Warwick of Europe. Martin thinks educators can use Moocs to experiment with initiatives like self-assessment and video resources.

Millions of users have flocked to learning websites like FutureLearn to bank the free teaching from tenure-track professors at big brand schools like Harvard, MIT and Wharton. The most popular include Alison, which has has about 3 million, edX which has 2.7 million, and the 1.6 million online users scooped up by Udacity.

FutureLearn has also amassed 65 million downloads on iTunes University and gleans six million views each year on its YouTube channels, Martin says. “But we need to keep our foot on the accelerator of innovation.”

Critics say learning technology companies rival business schools’ business models. Moocs pose a threat in particular to executive education programs, the cash-cow of business education, they say. Martin points out that people cherish and nurture their traditions, and fear they will be diminished or eroded by the pace of change.

“In some cases that nervousness is translated into resistance,” he says. “They often see technology as a threat and incorporating it into teaching as dumbing down or diminishing the value to students,” he adds. Business schools are quietly concerned by the pace of change – but in public put on a brave face. Most disagree that learning tech poses a threat to their “traditional” programs.

Peggy Bishop Lane, vice dean of Wharton’s executive MBA, says: “We do not see Moocs as competition for our MBA program for executives. The experience is so very different, and our students are here for more than what they [Moocs] can offer.”

Professor Eric Waarts, Rotterdam School of Management’s dean of degree programs, says Moocs are great “PR generators”. “However,” he adds, “the core function of EMBA programs is to develop people to improve their competencies and careers, which go much further than Moocs – at least in the way they are currently designed.”

Mooc makers are trying to generate revenue. They are monetizing their courses by charging upfront fees and selling certificates of completion, for the small amount of students who finish them. EdX, for example, is launching a series of short executive programs which participants will have to pay for, costing up to $1,249.

Coursera too has has a sequence of online courses that allow students to purchase a certificate to show to recruiters. The learning tech expert also allows them to complete a real-life project, which is akin to an internship.

But Daphne Koller, Coursera president, says “business schools are not our competition, but our allies”. “We’re providing access to many learners who otherwise would not be able to take business courses from some of the best universities in the world,” she says.

Mooc technology has been referred to as a “Trojan Horse” that could steal schools’ revenue – but FutureLearn turned over just £4,000 in 2013 through sales of video production services, and it made a loss of nearly £2 million before tax, according to Companies House.

So far, the distance learning revolution is seen more as a supplement to business education. But Martin says it’s not enough to throw a load of laptops and technology into the lecture hall. To make the most of tech in the classroom, he says, it cannot just be an add-on. “It has to be an intractable part of the overall educational experience.”

Millions have turned to online education and it is only a matter a time before every business school beams lectures into students’ homes and offices. Distance learning is seemingly poised to take off. “We’ve only just got started,” Martin says. 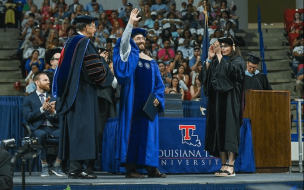 The 10 Most Affordable US Online MBA Programs 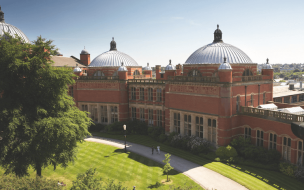 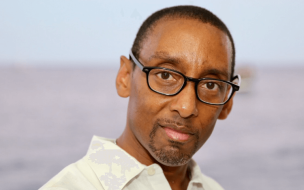