The road to business school comes with plenty of complications along the way. Tricky tuition fees, MBA essays, interviews, recommendation letters that need to be negotiated with care, and admissions tests.

When it comes to those admissions tests, MBA applicants want flexibility and a fair but straightforward approach.

Brenna Casey got the opportunity to pursue an MBA through her work. As an associate consultant at a consulting group based in Chicago, she focused on the healthcare and higher education industries, advising companies on strategy, operations, and technological change.

In January 2017, Brenna was accepted into her firm’s tuition sponsorship program. The company would pay $65,000 toward her tuition fees for a part-time or full-time, one-year MBA program—that took care of the financing.

Brenna had taken the GMAT® exam in her senior year of undergrad at age 20—she studied engineering and management at Vanderbilt University in Nashville, Tennessee—but she didn’t do as well as she’d hoped. Together with a few friends, she decided to take the GRE® General Test.

“As I evaluated the schools I was going to apply to, I saw all of them accepted both the GRE® General Test and the GMAT,” she says.

Indeed, today nearly 1,300 business schools accept GRE® scores for their MBA programs, including 92 of the top institutions on the US News & World Report 2018 Best Business Schools Ranking, all of Bloomberg Businessweek’s Top 45 US MBA Programs, and 10 out of the top 10 institutions on The Financial Times 2017 Global MBA Ranking—including Cambridge Judge, ranked fifth in the world and number one in the UK.

Brenna sent her best GRE® scores to Cambridge Judge and was accepted. She was happy to return to the UK, where she had worked previously during the London 2012 Olympics.

“There are very few one-year MBA programs in the US, so Cambridge and Oxford immediately came on my radar,” Brenna explains. “I did think about INSEAD; I went to an INSEAD information session in Chicago. While INSEAD is well-known internationally, I think the name-brand and reputation of Cambridge in the US is stronger.

“I’m using the MBA as a career strengthener rather than a career pivot,” she continues. “I’m looking to strengthen my career in the consulting industry.”

Since joining Cambridge Judge in September 2017, Brenna has made the most out of her MBA experience. She’s just returned from a career trek to Japan, led by six of her MBA classmates.

There, she visited Kyoto, Tokyo and the headquarters of Toyota and Uniqlo, and met with the Tokyo 2020 Olympics committee. “I had never been to Asia before and getting to see Japan through the eyes of my classmates was an incredible experience,” she says.

In her first term, Brenna worked on a venture project creating a US market entry strategy for a company, founded by Cambridge students, that’s developed a diagnosis tool for early-stage dementia. She stepped up to lead a diverse team of four ex-consultants, financiers, and marketers, from South Africa, Brazil, China, and Japan.

“That project was well-aligned with my career goals,” Brenna says. “I’ve worked in teams for the last few years in my consulting projects, but working in a team of people from different industries and five different countries was completely new!

“One attraction of Cambridge Judge was getting that international exposure,” she continues. “US MBA programs are usually 70% American and 30% international, but here I think only five out of 208 students are from England.

“Plus, the cross-collaboration and the college system here—living with other master’s and PhD students from different disciplines and the learning that comes with that—is very unique. It’s not a standalone MBA program.”

At Cambridge, there are GRE® test takers across the wider university. Unlike the GMAT exam, the GRE® General Test offers an added flexibility; candidates can use GRE® scores to apply for a wide range of master’s, specialized master’s, and PhD programs globally.

Educational Testing Service (ETS), the maker of the GRE® General Test, offers POWERPREP PLUS™ Online, which allows candidates to experience taking a mock computer-delivered GRE® General Test before the real thing. Test takers get instant access to their scores across all three measures—Verbal Reasoning, Quantitative Reasoning, and Analytical Writing.

ETS’ official test prep book for the GRE® General Test includes four practice tests—two in the book and two simulated on the POWERPREP PLUS™ Online platform.

Brenna will graduate in August 2018. After her MBA, she’ll return to her previous role at the consulting firm in Chicago with the expectation that she’ll be promoted within a year.

From taking the GRE® General Test, to an MBA at the UK’s number one business school according to the Financial Times, Brenna’s b-school experience has already opened new doors.

“The classes at Cambridge Judge help you develop a combination of technical and soft skills—I’ve picked up business skills I didn’t have before,” she says.

“I’ve also discovered a deep interest in the social innovation space, nonprofit consulting, and impact investing. I can see myself focusing more on those areas—I’m passionate about making an impact.” 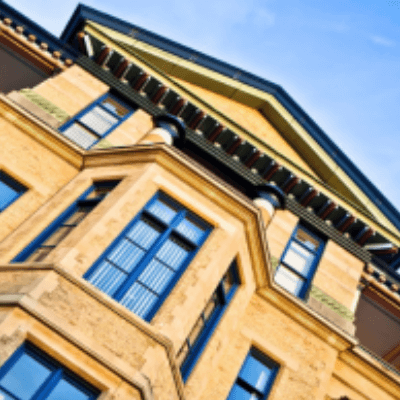