GMAT AWA: How To Ace The GMAT Essay Section

The GMAT Analytical Writing Assessment is now included in both the GMAT and the GMAT Online Exam. Here’s how best to approach and master the GMAT AWA section

The Analytical Writing Assessment (AWA) section of the GMAT measures your ability to think critically and communicate your ideas via an essay written in English. It’s now included in both the GMAT and the GMAT Online Exam.

Your GMAT AWA score is not as important as your GMAT score out of 800, which is based on the Quantitative Reasoning and Verbal Reasoning components of the test.

Business schools don’t really look at your AWA score unless it is below four (out of six). The AWA score is therefore a kind of hygiene factor in the GMAT: unless you do badly, the score won’t be an issue.

The good news is that around 80% of test takers get a score of four or above in the GMAT AWA. This means that if you have a good understanding of what the AWA essay is asking you to do, you should be fine.

To get that understanding, read on for our guide on how to ace the GMAT AWA section:

In the AWA, remember, you are not arguing against the author: the aim is to critique and improve the argument—not to show that the argument is wrong.

You must explore the implications of assumptions made without evidence and indicate how the argument could be better positioned with more research/evidence.

The attitude you should have is that while the argument may be true, there are gaps that need to be filled in order for you to be confident in the claim the author is making.

You will find examples of essays and a scoring guide in the back of the GMAT Official Guide. You have 30 minutes for this section, so stick to that time limit when you are practicing.

Watch: GMAT Prep Tips | How To Get Started

Crossovers with CR and RC

There are a lot of crossovers between the Critical Reasoning and Reading Comprehension sections and the AWA, so practicing the AWA essay will also give you an edge in these areas.

One important and often overlooked part of the Reading Comprehension section is that many of the questions are testing the relationship between ideas; the role the information is playing. This is true of the boldface questions in Critical Reasoning as well.

Having the chance to practice structuring your own argument and using transition words will help you really understand the nuts and bolts of argument structure. Getting used to spotting the holes in AWA prompt arguments will also help you to quickly spot the holes in Critical Reasoning arguments.

How the essay is scored

The AWA essays are graded by a human and by an automated essay-scoring engine. If the rating differs by more than one point, an expert is called in to determine the final score. Note that an essay can still be awarded the top score (of 6) with minor flaws.

According to the Graduate Management Admission Council, the owner of the GMAT, these are the elements that your essay will be scored on:

- Overall quality of ideas about the issue and argument presented.

- Overall ability to organize, develop, and express those ideas.

- Ability to control the elements of standard written English.

GMAC also provides a more detailed scoring guide. As the essay is graded by software and by a human reader, the organization and structure of the essay, and transition words are important. 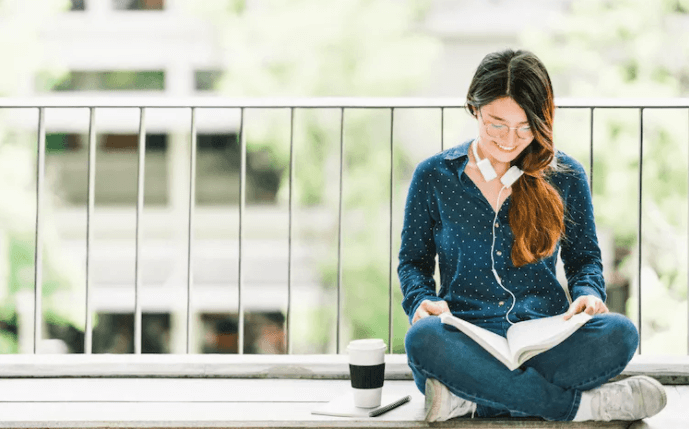 The importance of transition words

Transition words are like signposts that help the reader understand the role of the information.

The word ‘admittedly’ shows the author is acknowledging an opposing point of view. These are the same words that can help you better navigate the Reading Comprehension passages.

Here’s a GMAT AWA template you can use when crafting your essay:

In your introduction make sure you:

- Rephrase the conclusion and mention that in its current form, the argument is not sufficient to be convincing.

- Give a general description of how the argument is flawed e.g. fails to consider three key factors, relies on ill-defined terminology etc.

- Foreshadow the rest of your essay (e.g. While the argument has some merit, it is flawed in three fundamental ways).

The body of your essay should include:

- Lots of transition words in a clear structure.

- An explanation of how the argument is flawed.

- Suggested ways to improve it.

- Lots of examples to illustrate your points.

The conclusion should include:

- You should restate the author’s conclusion again (The argument that….).

- Summarize how the argument can be improved.

The more you practice GMAT AWA essay prompts the more you will realize that many of the arguments have the same issues.

Here are some more common issues to look out for:

- Failure to show a clear link between the premises and conclusion.

- There is no clear context for the claims made.

- There is no explanation for why certain categories are chosen or comparisons made.

- Methodology: Do surveys, etc. speak to the right target audience, are they relevant and representative?

-  Averages may not be representative.

- Quantities are not specified.

- Correlation is taken as causation (just because two things happen at the same time does not mean the one caused the other. This is an important theme throughout the GMAT Verbal Reasoning section).

Here are some examples you can suggest to improve an argument:

- If there is a lack of information you can suggest research, e.g. SWOT analysis, cost-benefit analysis comparisons between similar situations, empirical evidence etc.

- For polls and surveys, you can suggest that these be relevant and representative.

- Where causality is an issue, rule out other reasons for something happening or show a clear link between cause and effect.

While you used to have to take the AWA section of the GMAT alongside the Integrated Reasoning section at the beginning of the test, you now have the option of doing these sections last.

As AWA doesn’t affect your score out of 800, you should take this opportunity and use your mental energy for the other sections first.

You should then spend the first few minutes at the beginning of the AWA to brainstorm what you’re going to write.

Identify what the author is claiming, and what the author is using as evidence. Then identify the flaws of their reasoning and create an outline of your arguments. Then leave yourself a few minutes at the end for proofreading and editing.

Remember to practice your AWA essays when you take mock tests and make sure you have ticked all those boxes in our AWA essay template.

Read our other GMAT section guides:

Having read this I thought it was very enlightening. I appreciate you taking the time and effort to put this short article together. I once again find myself spendingg a significant amount of tim both reading aand posting comments. But so what, it was still worth it! https://Www.Posts123.com/post/2432888/hiring-node-js-developers-all-you-need-to-know-about

Aw, this was aan exceptionally nice post. Taking the time and actuzl effort to make a really good article… but what caan I say… I put things off a whle llot and never seem to get nearly anything done. https://Telegra.ph/6-Best-Ripple-Wallets-XRP-Cryptocurrency-in-2021-06-25

Thank you a useful article and tips. I'd like to recommend one more website for such tests practice - https://aptitude-tests-practice.com/ it has many free tests and full access for just 2 dollars. So good luck to all students and jobseekers! 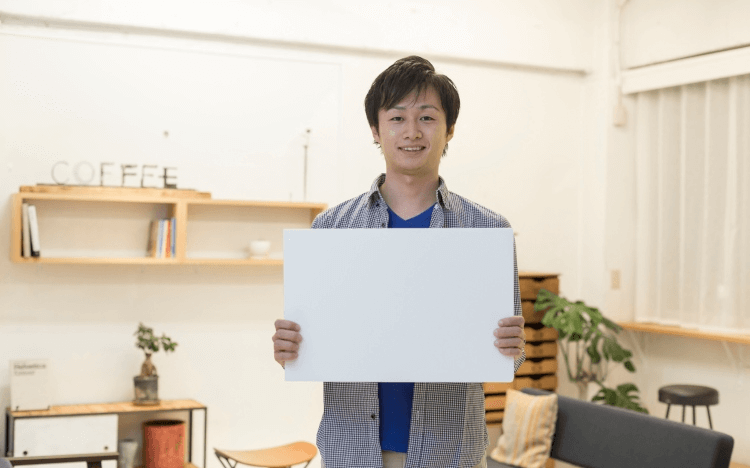 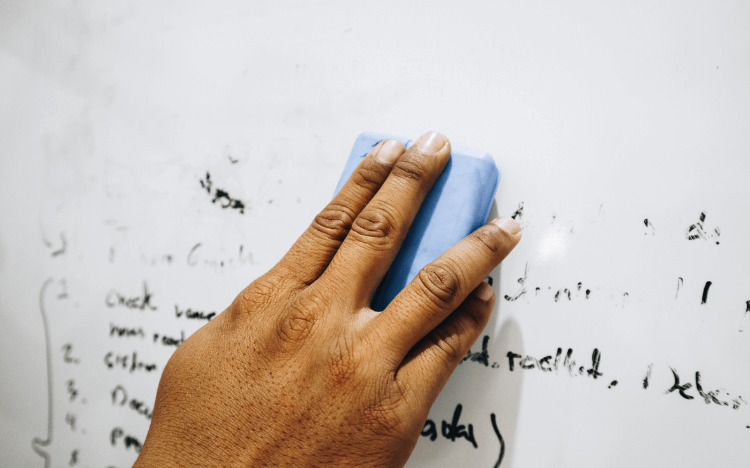 What Whiteboard Do You Need For The GMAT? 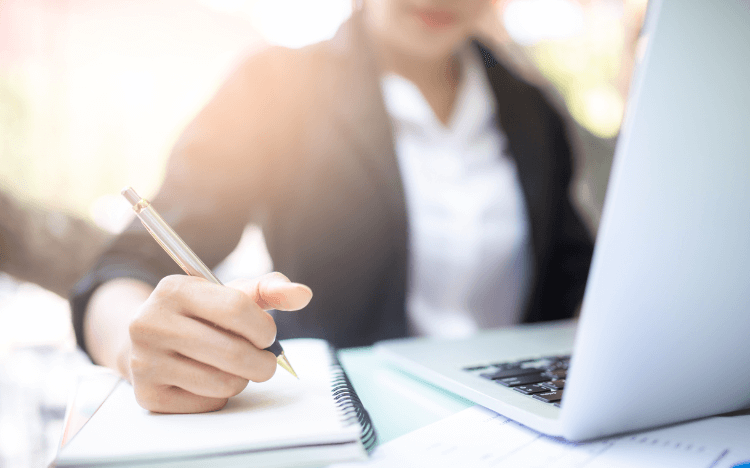 Are GMAT Prep Courses Worth It?